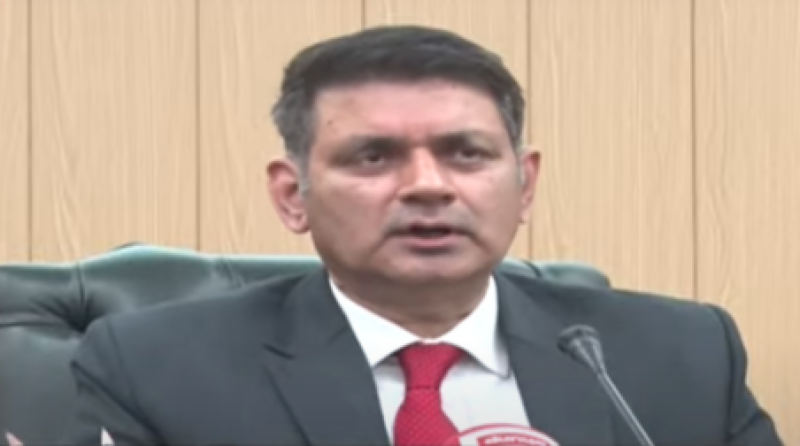 Islamabad (Web Desk): Chairman Federal Board of Revenue (FBR) Dr Muhammad Ashfaq Ahmed on Friday said that tax reforms undertaken by the government are most significant in the history of the country.

Addressing a news conference in Islamabad, he said government is taking steps to stop distortions in tax system.

The FBR chief said that many things related to taxes and International Monetary Fund (IMF) were twisted in reports.

He said tha tax policy reforms were needed for a long time but unfortunately interest groups got some amendments in laws for their own benefits.

“IMF has always been asking Pakistan to improve its tax system and increase revenue,” Dr Ashfaq said, adding that in past, new taxes were imposed and laws benefiting certain groups were never changed.

"Likewise the taxes that were shifted from one place to another were also misinterpreted, he said adding some changes were made to amend certain laws relating to taxes and duties through the Finance (Supplementary) Bill, 2021,” he said

The FBR chairman said that 17% general sales tax has not been imposed on commodities that are used by a common man. He said government has withdrawn sales tax exemptions of Rs343 billion.

Dr Ashfaq said that said Federal Excise Duty has been imposed on imported CBU (Completely Built Up) vehicles which are over 1000cc.