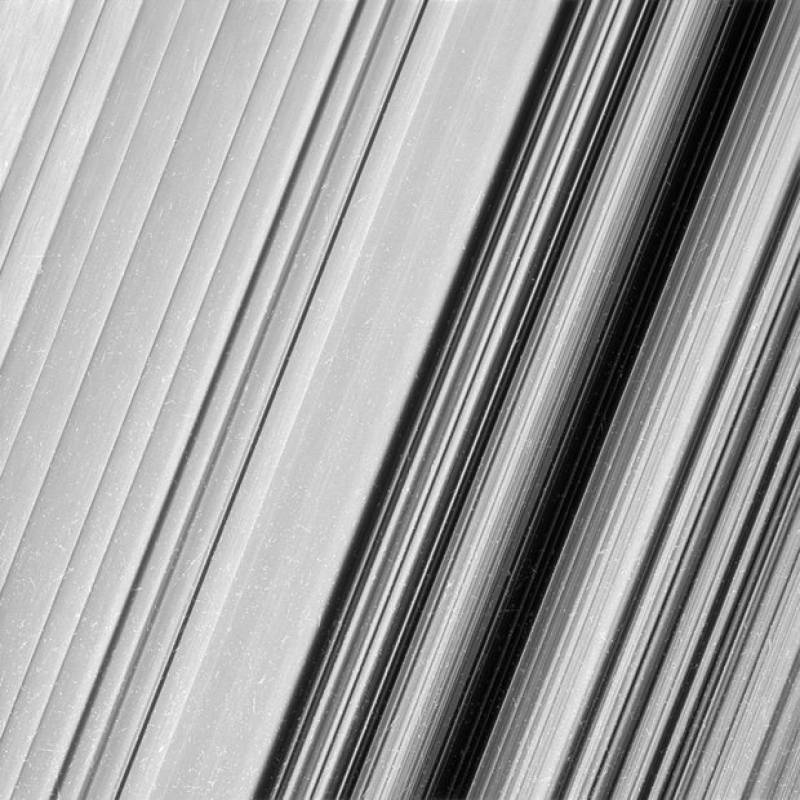 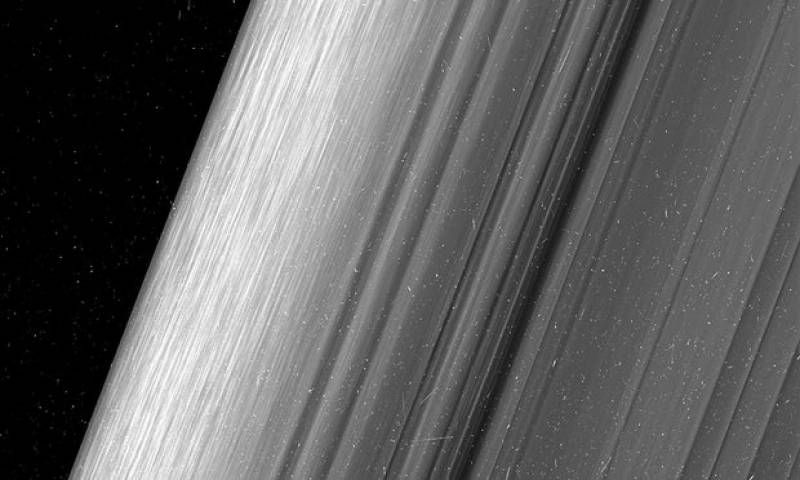 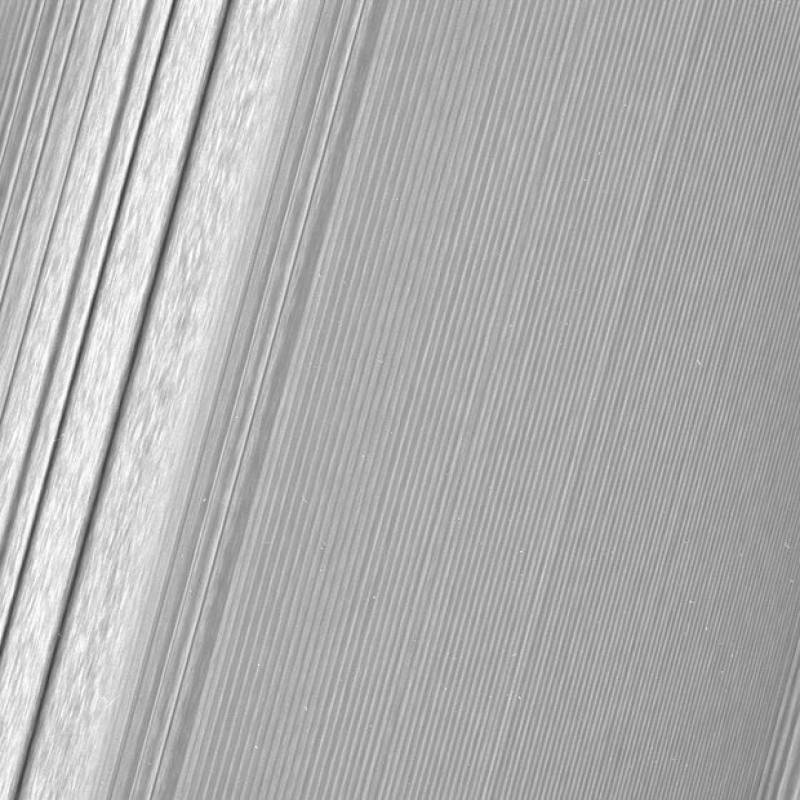 Saturn is orbited not by one, sixteen or twenty one stars, it is actually orbited by millions of stars present in its rings.

The images from the Cassini spacecraft resolve details on a scale of 550 metres – around the size of the tallest buildings on Earth. They include previously unseen features within the rings, including giant double-armed propeller structures that suggest a constellation of miniature moons are hidden within the planetary rings. The rings comprise ice, dust and rocks, ranging in size from tiny specks to house-sized chunks. The so-called “propellers” are gaps in the material stretching thousands of miles across that scientists believe are created by moonlets. The moonlets, sized somewhere between a house and a moon, clear the space immediately around them, but are not large enough to sweep clear their entire orbit around  Saturn as seen with the moons Pan and Daphnis.

The images also show grainy structure within individual rings, which astronomers refer to as straw, indicating where material has temporarily clumped together for reasons that astronomers are still trying to understand.