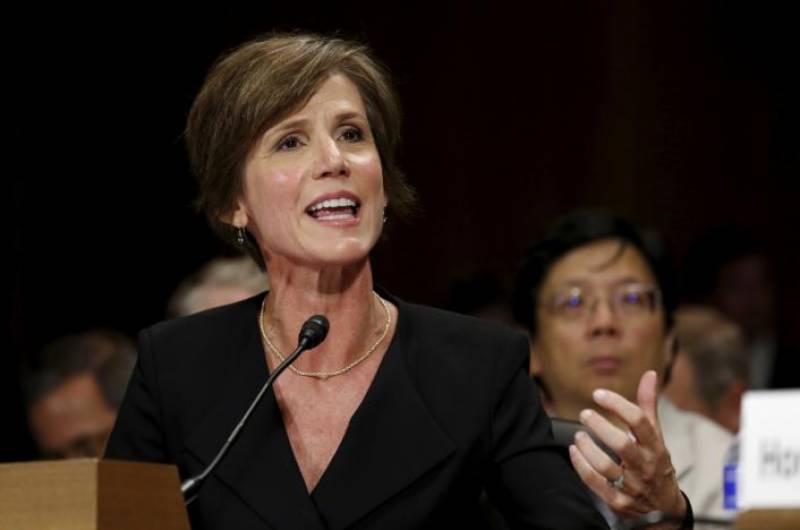 Sally Yates said, that the Justice Department would not defend in court Trump's order that put a 120-day hold on allowing refugees into the country, an indefinite ban on refugees from Syria and a 90-day bar on citizens from Iran, Iraq, Libya, Somalia, Sudan, Syria and Yemen.

Yates took stance she did not believe defending the order would be "consistent with this institution's solemn obligation to always seek justice and stand for what is right."

Just hours later, she was fired. The White House claimed Yates "has betrayed the Department of Justice by refusing to enforce a legal order designed to protect the citizens of the United States" and portrayed her actions as rebellious and political.

Trump argued tougher selection of immigrants is needed to protect America from terror attacks but critics complain that his order unfairly singles out Muslims and defiles America's historic reputation as a welcoming place for immigrants.

Yates, an appointee of former Democratic President Barack Obama, was days away from being replaced by Trump's pick for the top spot at the Justice Department, Republican Senator Jeff Sessions, who is awaiting Senate confirmation.

The White House said in a statement, "Ms. Yates is an Obama Administration appointee who is weak on borders and very weak on illegal immigration".

The White House said that Dana Boente, U.S. Attorney for the Eastern District of Virginia, would be acting U.S. attorney general until Sessions is approved.