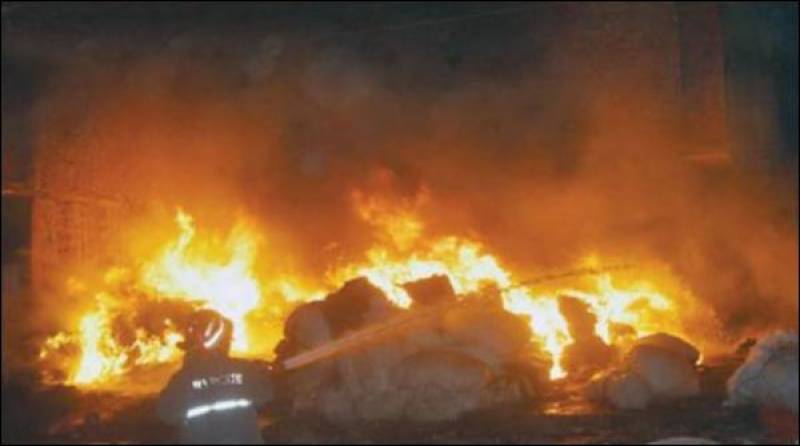 Karachi (Staff Report): Garments and valuables worth millions turned into ashes while the owner scorched trying to extinguish sudden fire that engulfed the garment warehouse in Karachi.

According to details, a fire erupted in a garment warehouse near Karachi's Orangi Town area in the wee hours of Tuesday.

At least 4 fire tenders and 1 waterbouser rushed the spot immediately after fire being reported.

According to rescue, the warehouse’s owner, Arshad was scorched while trying to extinguish the fire. He had been shifted to the nearby hospital for medical treatment.

Horrific fire brought under control after a hectic effort of 2 hours. All the valuables kept in the warehouse turned into ashes but no death was reported so far.

Fire brigade authorities believed that the fire erupted due to short circuit.

Valuables worth millions turned to ashes as fire engulfed Karachi’s ...