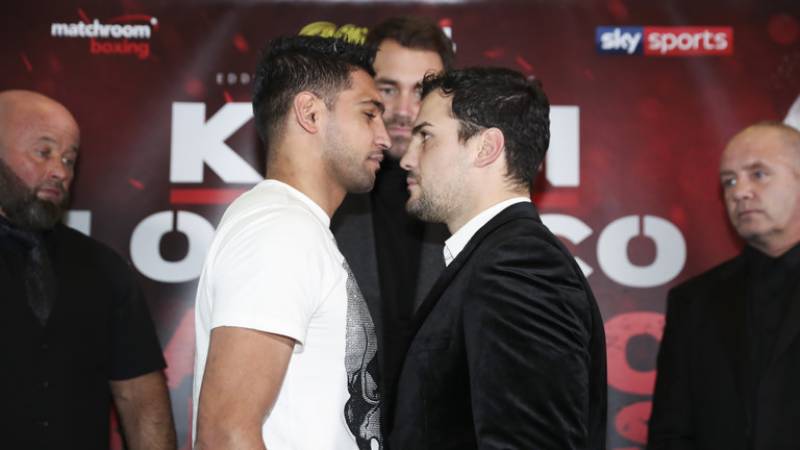 London (Web Desk): Amir Khan shows his come back to boxing profession, as he scuffled with his rival boxer.

According to details, he threw water over opponent Phil Lo Greco on Tuesday - reacting to talk about his personal life, BBC reported.

The pair meet in Liverpool on 21 April, when British welterweight Khan fights for the first time in nearly two years.

At a pre-fight promotional event, Lo Greco pointed to Khan's family issues and marital difficulties since losing to Saul 'Canelo' Alvarez in May 2016.

And the former world champion, 31, responded by throwing water at the Canadian, prompting an on-stage melee.

The press conference was also halted due to the scuffle broke out. 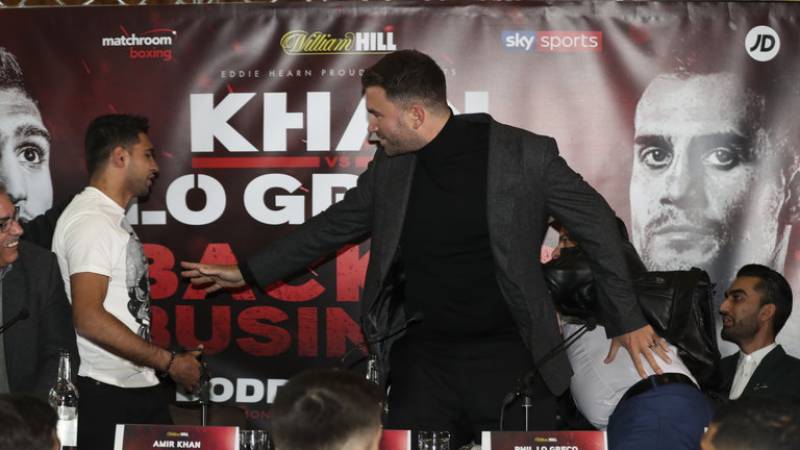