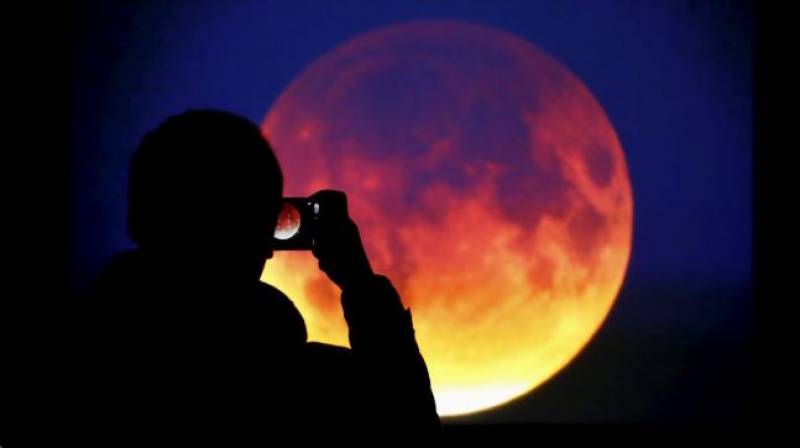 Lahore (Staff Report): pakistan on Wednesday witnessed a rare and a spectacular view of ‘Super Blue Blood Moon’, after 1866 - at least a gap of 152 years.

The most prominent feature of this lunar eclipse is that it’s not only the full moon of the month but also will be 14 percent larger than normal moon , meanwhile moon appeared reddish for what it is called ‘Super Blue Blood Moon’.

People in North America, the Middle East, Hawaii, Russia, India, and Australia and other countries also had the chance to witness the rare occurrence that was last seen many years ago.

The last “super blue blood Moon” occurred on December 30, 1982, when it was seen in Europe, Africa and western Asia. For North America, the last time was in 1866.

Chief of Pakistan Meteorological Department (PMD) called it a historical moment because it is a coincidence when blue moon, red moon and full lunar eclipse took place at the same time and on the same date which was last time seen in 1866.

The celestial show is the result of the sun, Earth, and Moon lining up perfectly for a lunar eclipse just as the Moon is near its closest orbit point to Earth, making it appear "super" large.