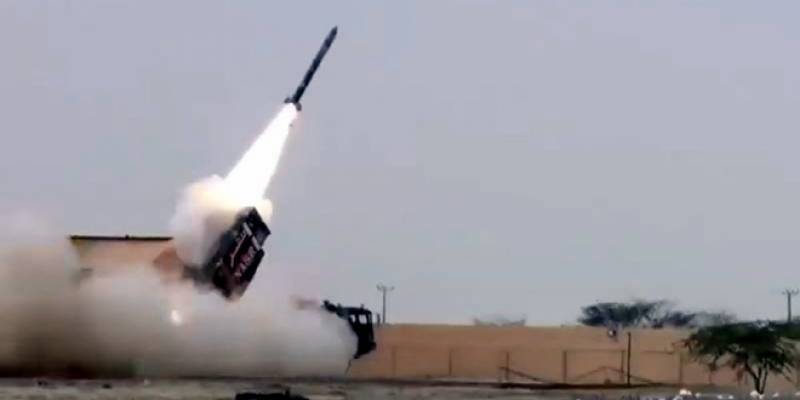 According to the statement, the second phase of the exercise was aimed at testing that extreme inflight manoeuvrability, including the end flight manoeuvrability; capable of defeating, by assured penetration, any currently available BMD system in our neighbourhood or any other system under procurement/development.

President and Prime Minister of Pakistan along with Services Chiefs have congratulated the scientists, engineers and the participating troops on their outstanding achievement.

On Jan 25, Pakistan successfully conducted the training launch of the Nasr — a short-range surface-to-surface ballistic missile.

The launch was conducted by the Army Strategic Forces Command and was aimed at "enhancing operational efficiency" as well as "re-validating desired technical parameters", read ISPR statement.

According to military’s media wing, Nasr is a high precision, shoot and scoot Weapon System with the ability of in-flight manoeuvrability. The Weapon System has augmented Full Spectrum Deterrence posture remaining within the precincts of the policy of Credible Minimum Deterrence, against prevailing and evolving threat spectrum more effectively including enemy’s ballistic missile defence and other Air Defence Systems.

"This training exercise involved launching of quad salvo for desired effects," the statement read, adding that Nasr is a "high precision, shoot-and-scoot weapon system with the ability of in-flight maneuverability".