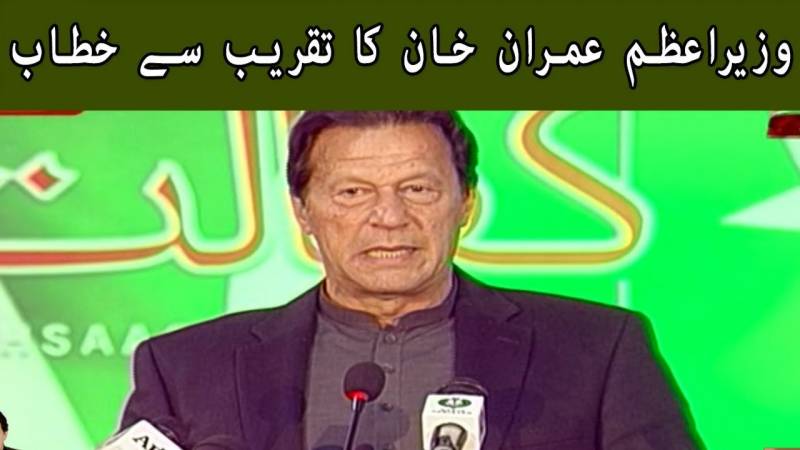 Addressing the ceremony in in Islamabad, the prime minister said government is taking steps to make Pakistan a welfare state on the pattern of state of Madina.

He said the social welfare programmes of the incumbent government transform Pakistan into a country where social equality prevails.

"No society can develop where elite prospers at the expense of a sea of poor people", the PM said.

He said that the Pakistan Tehreek-e-Insaf (PTI) government has so far given health cards to 6 million families who can now avail medical treatment of upto 720,000 rupees.

"Loans being given under Ehsaas program will promote entrepreneurship and small and medium enterprises of the country," Khan said.

He added that around Rs200 billion have been earmarked for Ehsaas program to help uplift the weaker segments of society.

The premier said under Kafaalat program opening bank accounts of women will help stop theft of their money and also enable them to purchase essential items from Utility Stores Corporation outlets, the Radio Pakistan reported.

He also appreciated giving smart phones to program recipients that will open a whole new world for them and their families.

PM Imran said new programmes of Ehsaas will be coming soon, under which other social welfare measures will be given to poor people.

On this occasion, the prime minister also distributed Kafaalat cards among the deserving women.