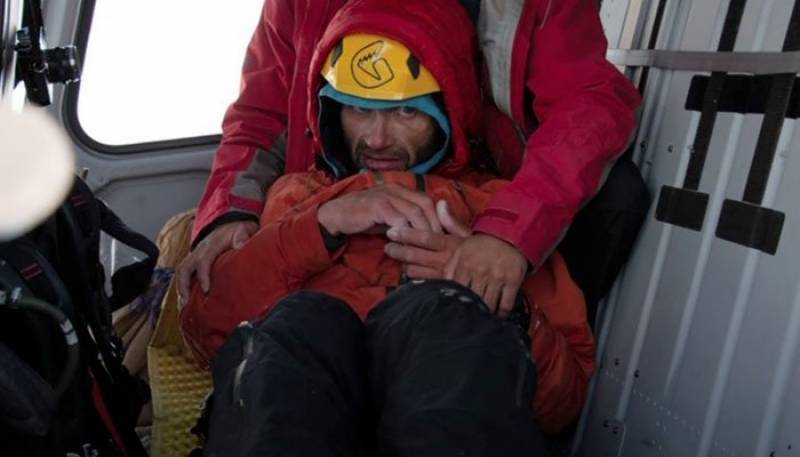 Rawalpindi (Staff Report): Pakistan Army aviation pilots on Tuesday rescued a Russian climber Alexander Gukov who was stuck at Latok Peak in Biafo Glacier in Northern areas of the country.

According to an Inter-Services Public Relations (ISPR) statement, Alexander Gukov had been trapped at a height of 20,650 feet and was rescued today after an intense helicopter mission.

The rescue mission was undertaken by Pakistan army aviation helicopters under extreme weather conditions making it first ever rescue from such height in Pakistan.

The Russian climber was stuck on Latok Top since 25th of this month and had exhausted his supplies since last 3 days.

Seven rescue attempts were made but due to snow clouds the climber couldn’t be located or rescued.