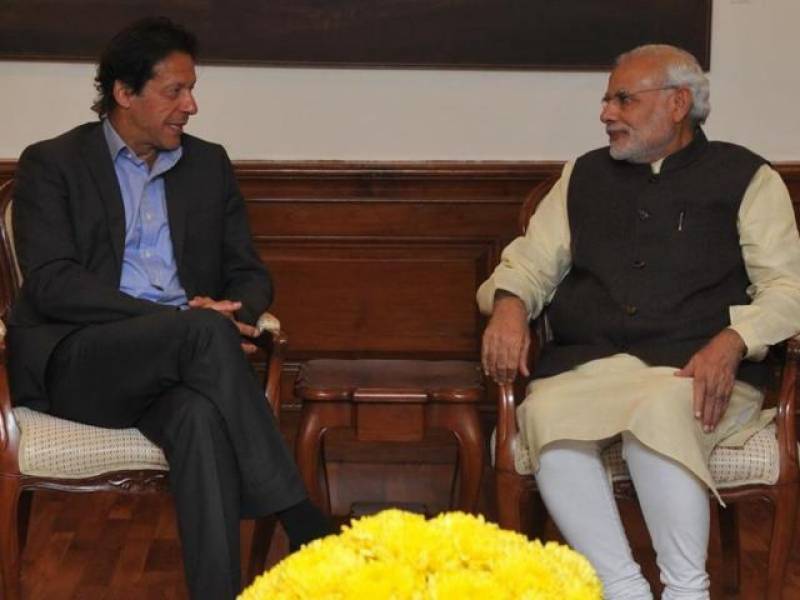 On Monday, Modi telephoned Khan and congratulated him over his party’s victory in the general elections.

According to a statement issued by PTI’s media cell, Indian Prime Minister Narendra Modi telephoned Imran Khan and felicitated him over election victory.

“We are ready to enter a new era of relations with Pakistan,” Modi was quoted as saying by the PTI press release.

PM Modi also reiterated his vision of peace and development in the entire neighbourhood.

“The solution to conflicts should be found through dialogue,” Khan was quoted as telling Modi.

“Instead of answers to conflicts, wars and bloodbath give birth to tragedies,” the PTI chief said, according to the press release.

The PTI said the two governments should devise a joint plan of action to free people of both countries from the cruel trap of poverty.

On Saturday, India said it “welcomed” the verdict in Pakistan’s national elections, hoping that the new government in the neighbouring country will work towards prosperity and peace.

“We welcome that the people of Pakistan have reposed their faith in democracy through general elections,” an external affairs ministry spokesperson said in a statement.

According to details, Imran Khan’s Pakistan Tehreek-e-Insaf (PTI) has emerged as the single largest party in the center bagging 116 National Assembly seats.