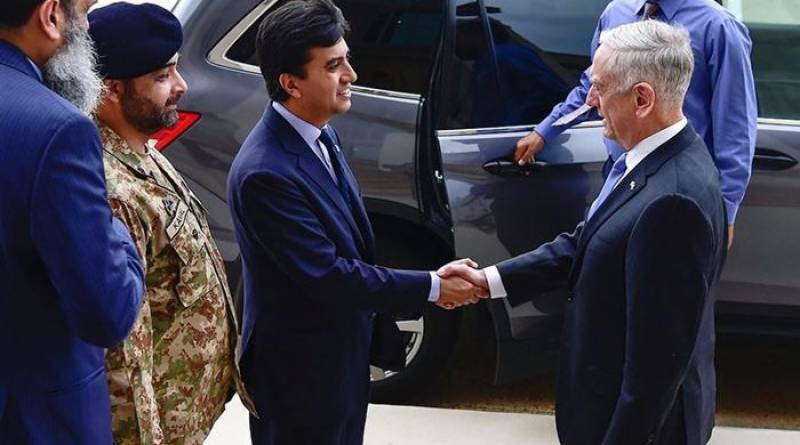 According to details, the Pakistani ambassador visited Pentagon, the headquarters of the US Department of Defense.

Bilateral ties were discussed in the meeting. Matters including regional security and Pak-Afghan relations were also discussed during the meeting.

The meeting was reportedly held on Pakistan’s request and Siddiqui was accompanied by Pakistan’s Defence and Army Attache Brigadier Kamal Anwar Chaudhry.

Earlier, Ali Jehangir Siddiqui had expressed concerns over Pak-US bilateral ties and said that the issues needed to be discussed.

It is pertinent to mention that the US government, on July 29, stated that it was ready to work with the new Pakistani government.

According to a statement by State Department spokesperson, the US looks forward to working with the new government of Pakistan.

“As Pakistan’s elected leaders form a new government, the United States will look for opportunities to work with them to advance our goals of security, stability, and prosperity in South Asia”, the spokesperson said.

"We want mutually beneficial relations with the US", Imran Khan said.