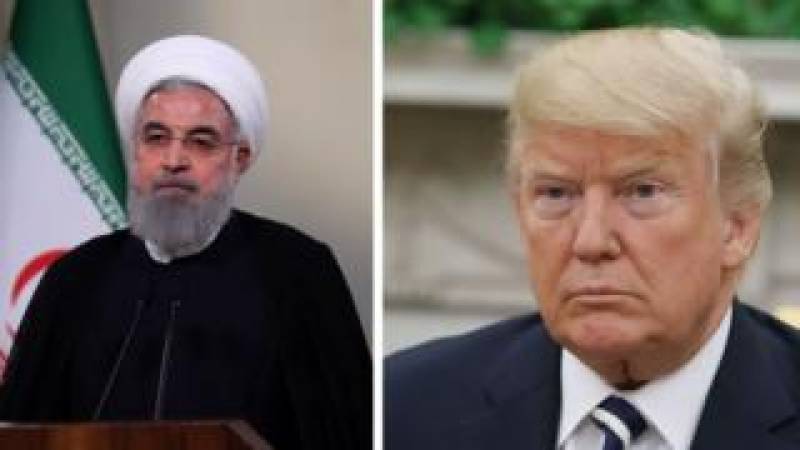 Washington (Agencies): US President Donald Trump said on Monday that he would be willing to meet with Iranian counterpart Hassan Rouhani without preconditions.

At a joint press conference with Italian Prime Minister Giuseppe Conte, who is on an official visit to Washington, Trump responded to a reporter’s question over a possible meeting with the Iranian leader after the rise in tensions between the two nations in recent weeks.

“I would certainly meet with Iran if they wanted to meet. I don’t know that they’re ready yet. I ended the Iran deal. It was a ridiculous deal. I do believe that they will probably end up wanting to meet and I’m ready to meet any time that they want to,” said Trump, claiming that such contacts – like the meeting he had with North Korean leader Kim Jong-un in Singapore – are good for the US.

Trump said he would set “no preconditions” for a meeting with the Iranians, adding: “If they want to meet, I’ll meet.”

Iran and the US raised the level of their threats as the date for the entry into force of the US sanctions on Tehran, scheduled for early August, approached.

But Trump’s stance at the press conference was a marked change from the strident tone he had taken last week, when he fired off a tweet directed at Iranian President Hassan Rouhani, saying: “Never, ever threaten the United States again or you will suffer consequences the likes of which few throughout history have ever suffered before.”

His tweet came following a warning from Rouhani that if Washington launched any conflict with Iran it would find itself in “the mother of all wars.”

Trump’s policy vis-a-vis the Islamic Republic led him last May to withdraw the US from the 2015 multilateral nuclear accord with Iran and to once again impose sanctions on Tehran.

However, the other signers of the pact – Russia, China, the United Kingdom, France and Germany – are trying to salvage the nuclear deal, the future of which depends in large measure on guaranteeing the sale of Iranian crude.

Meanwhile, Iran is negotiating with European countries, as well as with China and India, the main buyers of its oil.