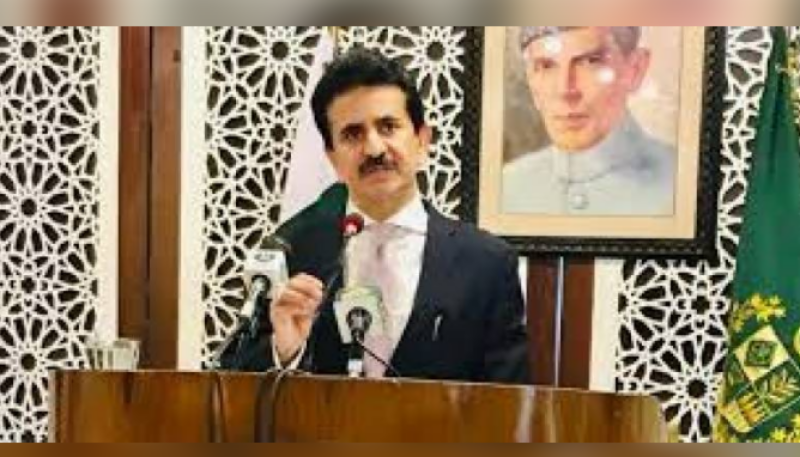 Islamabad  (Web Desk): Pakistan has welcomed a letter written by a group of European parliamentarians to the President and Vice President of the European Commission on the on human rights and humanitarian situation in Indian Illegally Occupied Jammu and Kashmir (IIOJK).

In response to media queries regarding the letter, Foreign Office (FO) Spokesperson Zahid Hafeez Chaudhri said this letter is another demonstration of the continuing global censure of the ongoing human rights violations and humanitarian crisis in Indian Illegally Occupied Jammu and Kashmir.

He said despite India continuously peddling false propaganda in futile attempts to push the sham narrative of so-called normalcy in IIOJK, the global censure and condemnation of the Indian atrocities in IIOJK continue and have increased in the wake of the egregious violations of human rights and fundamental freedoms in IIOJK after India's illegal and unilateral actions of 5 August 5, 2019.

“India must realize that it cannot ignore the international community's continuing calls to end its grave and systematic human rights violations of the Kashmiri people,” the FO spokesperson said.

Zahid Hafeez Chaudhri further maintained that India would have to ultimately give in to global conscience, end its unabated human rights violations in parts of Kashmir under its illegal occupation.

India would have to “take steps for peaceful resolution of the Jammu and Kashmir dispute in accordance with the relevant UN Security Council resolutions and wishes of the Kashmiri people,” the FO spokesperson added.