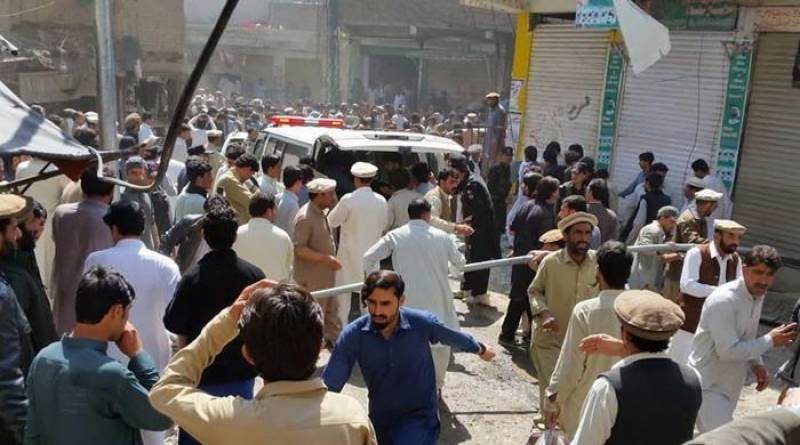 Kurram Agency (Staff Report): At least 22 killed and 90 other injured when an explosion ripped through roadside area in Parachinar, near Afghanistan border, Kurram Agency on Friday morning.

According to details, the blast occurred in a busy area of the city near Noor Market and it damaged nearby buildings and vehicles. Rescue sources informed that the number of injured persons could rise as the blast was very intense.

Political administration of the area fears casualties in the explosion.

Emergency has been declared in all the hospitals of the city.

Eye witnesses said a vehicle stopped near the market and the next moment blast ripped through with a bang. But no official statement has surfaced to corroborate this claim.

Security forces cordoned off the vicinity and began the search operation to track possible suspects roaming in the area.

The nature of the blast could not be determined yet.