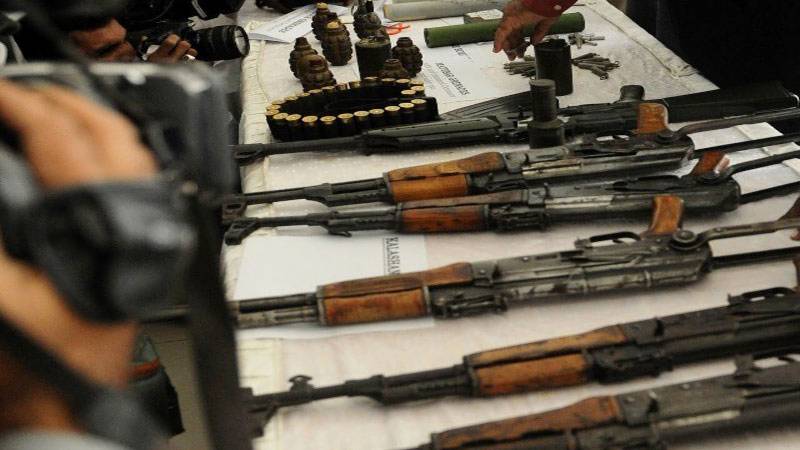 Karachi (Staff Report): A heavy cache of arms and weapons dumped in the city’s Bagh-e-Korangi graveyard has been recovered in an operation conducted by rangers on early Friday morning.

Sindh Rangers maintained that authorities searched the graveyard and unearthed SMGs, LMGs, Rifles, 9 MM pistols and a large number of cartridges hidden underground in the graveyard, the operation was conducted upon the directions of an arrested suspect.

Investigations revealed that the suspect is allegedly affiliated with Muttahida Qaumi Movement- London.

According to sources, one such recovery was made earlier in Karachi's Sakhi Hassan graveyard.

Earlier, the law enforcement has also recovered weapons dumped in different areas across megapolis, prior to this action.