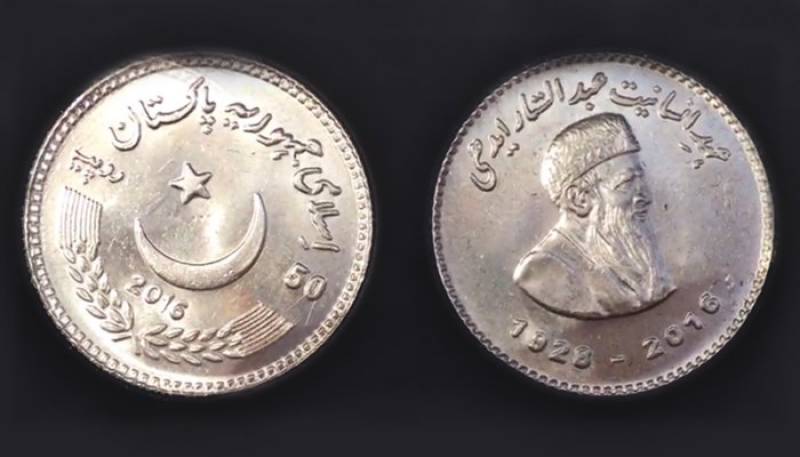 While speaking at event the late philanthropist’s son and heir Faisal Edhi expressed his gratitude to the Pakistani government and SBP.

Faisal Edhi said, “I intend to continue the mission of Edhi sahib, and I believe that it should be carried on until the end of times”.

He also urged the citizens to take inspiration from his father, adding that “everyone should help take this mission forward, and partake in all services for the humanity.”

Earlier on March 28, the federal government took the decision with Prime Minister Nawaz Sharif’s consensus, to issue the commemorative coin, which can be purchased from exchange counters of SBP Banking Services Corporation’s 16 branches across the country for Rs. 50 each.