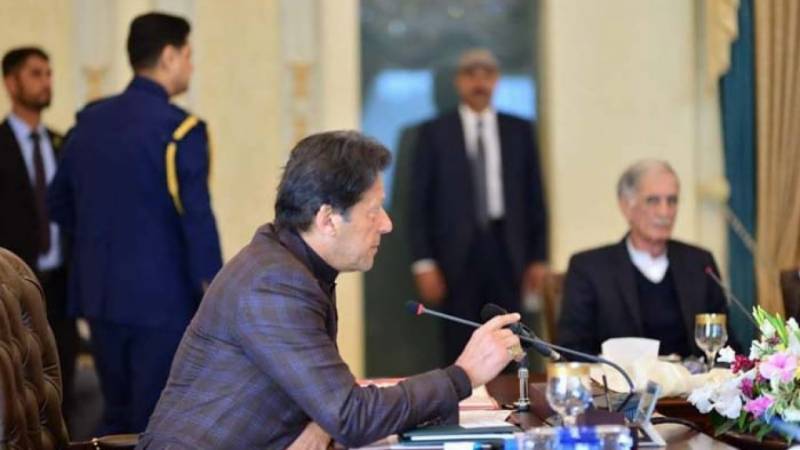 Islamabad (Web Desk/Agencies): The National Security Committee (NSC) on Thursday while calling the communication of a foreign country’s senior official a “blatant interference” in the internal affairs of Pakistan, decided that Pakistan would issue a strong demarche to the country in question.

According to details, the 37th meeting of the NSC which met in the federal capital under the chair of Prime Minister Imran Khan decided that the demarche would be issued both in Islamabad and in the country’s capital through proper channel in keeping with the diplomatic norms.

The National Security Adviser briefed the Committee on the “formal communication” of a senior official of a foreign country to Pakistan’s Ambassador in the said country in a formal meeting, which was duly conveyed by the Ambassador to the Ministry of Foreign Affairs.

“The Committee expressed grave concern at the communication, terming the language used by the foreign official as undiplomatic,” said a PM Office press release.

The Committee concluded that the communication amounted to blatant interference in the internal affairs of Pakistan by the country in question, which was unacceptable under any circumstances.

The participants also endorsed the Cabinet’s decision in the special cabinet meeting held on 30th March, 2022 under the prime minister’s chairmanship to take the parliament into confidence through an in-camera briefing of the National Security Committee of the parliament.

On Monday, PM Imran shared shared the "threat letter" he talked of with cabinet members in an emergency meeting.

Meanwhile, Information Minister Fawad Chaudhry also invited a group of journalists to meet PM Imran Khan where selected details of the letter were shared with them.

The premier had said that a Pakistani envoy posted in a foreign country wrote the memo that he flashed on March 27 at a PTI rally and termed it "threatening".

While interacting with journalists, PM Imran said that the envoy had sent the letter to Pakistan after he met an official of a foreign country, according to sources.

The prime minister had said that the memo was shared with the military leadership and mentioned that the tone used in the cable was "threatening."