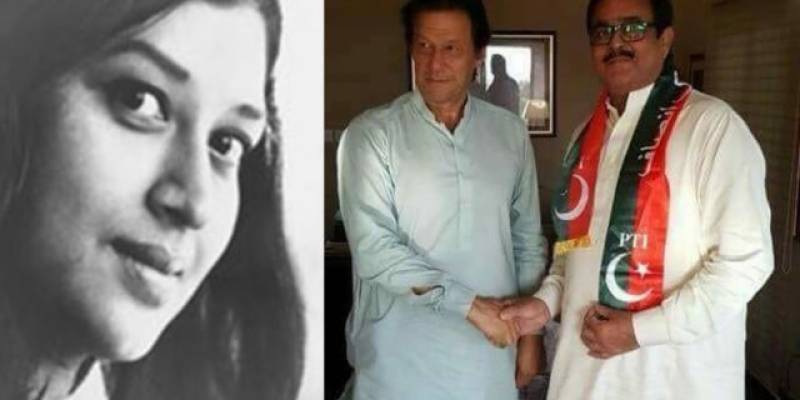 Islamabad (Staff Report): Pakistan Tehreek-e-Insaf (PTI) chairman Imran Khan on Thursday kicked Farooq Bandial, who was convicted of raping a former film star Shabnam before being pardoned in Zia regime, out of the party.

Earlier, the day, Bandial was welcomed to the party by Imran Khan at Bani Gala, Islamabad.

PTI spokesman Fawad Hussain Chaudhry confirmed that the party chief has taken notice that a convicted had joined the party, adding the party will never compromise on ethical standards.

Naeem-ul-Haq has been mandated to make a report in this regard, the spokesman added.

Bandial, a politician from Punjab, is one of those five rapists who gang-raped Shabnam, in 1979, in front of her husband and son. Along with his gang, he received death penalty which was overturned after the family of actress was forced to pardon the rapists.

Jharna Basak, known by the stage name Shabnam, is a Bangladeshi stage and film actress. Actor Waheed Murad introduced her to the Pakistani film industry by offering her a lead role in his film Samundar in 1968.

She had to leave the film industry, as well as the country, following the shocking incident.