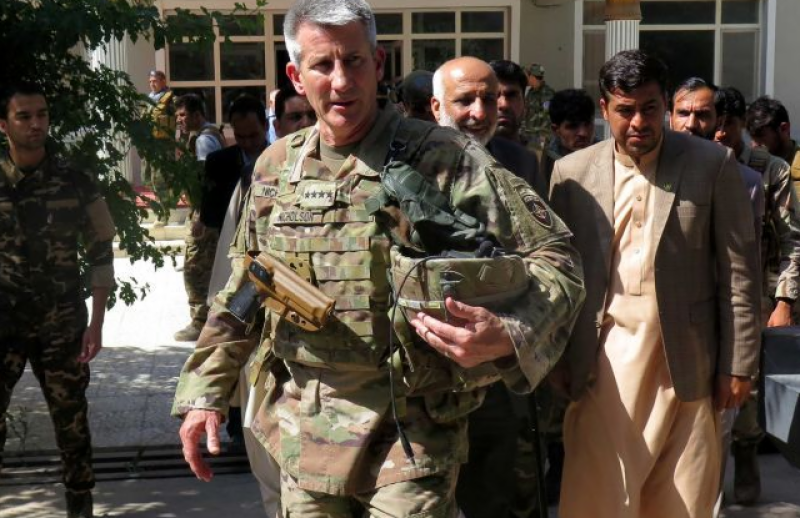 According to details, a group of commanders from several provinces were at a meeting in Helmand province when they were struck by GPS-guided artillery rockets.

The commander of US-led forces in Afghanistan, General Nicholson said, "Enemy leaders are now being pulled out of the rubble."

US military spokesman said that it was an example of the Trump administration's revised Afghanistan strategy working.

The South Asia policy, which was announced by US President Donald Trump in August last year, granted US forces in Afghanistan extra firepower and authorities.

The strategy is being implemented alongside Afghan government attempts to initiate peace talks with the Taliban.

General Nicholson said, "I call this talking and fighting."

The US rocket strike was first reported a week ago, but the number and identities of the dead had not been made public.

The Taliban dismissed the statement, saying there had been a strike on a civilian house that killed five civilians.

Briefing Pentagon reporters via satellite from Kabul, General Nicholson said the killing of 50 Taliban leaders was significant for the south of the country, where several districts have been overrun by Taliban forces in recent months.

On Tuesday, after the rocket strike, Afghan forces withdrew from the police and government headquarters of the Chora district within Uruzgan.