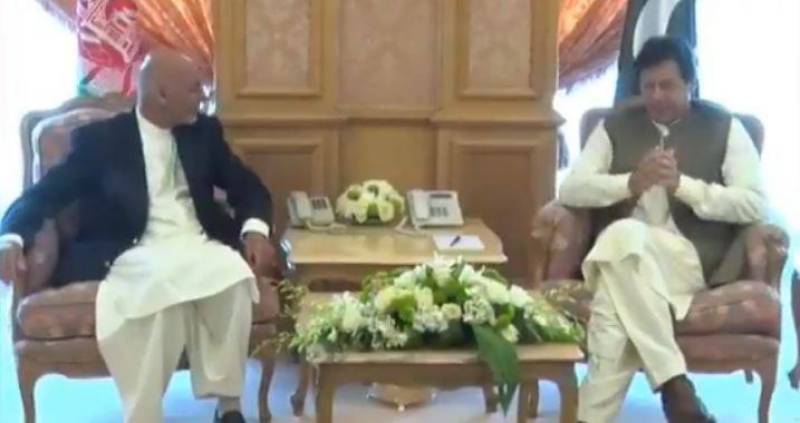 Makkah (Agencies): Prime Minister Imran Khan met Afghan President Ashraf Ghani on Friday on the sidelines of the two-day summit of the Organisation of Islamic Cooperation (OIC) being held in Makkah.

According to a statement issued by the Prime Minister's Office, the two leaders discussed bilateral relations, regional issues and the Afghan peace and reconciliation process.

During the meeting, Prime Minister Imran Khan reaffirmed Pakistan's commitment to a peaceful and stable Afghanistan.

Prime Minister Imran Khan is in Saudi Arabia to represent Pakistan at the 14th Summit of Organization of Islamic Cooperation titled ‘Makkah Summit: Together for the Future”, hosted by Saudi King Salman bin Abdulaziz Al Saud.

The summit aims at developing a unified stance of Muslim leaders on rising tension in the Gulf.