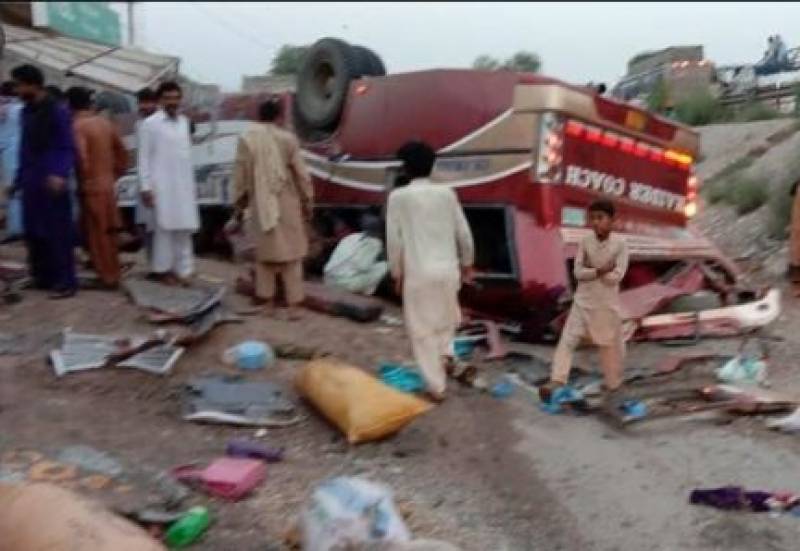 Khanewal (Staff Report/Agencies): At least six people were killed and more than thirty others were injured after a bus overturned at a bridge in Khanewal on Sunday.

According to rescue officials, the bus was en route from Lahore to Multan and overturned in an attempt to save a motorcyclist. Four passengers were killed on the spot, they added.

Two more people succumbed to their injuries, bringing the death toll to six.

The death toll is feared to rise as several injured are reportedly in a critical condition.