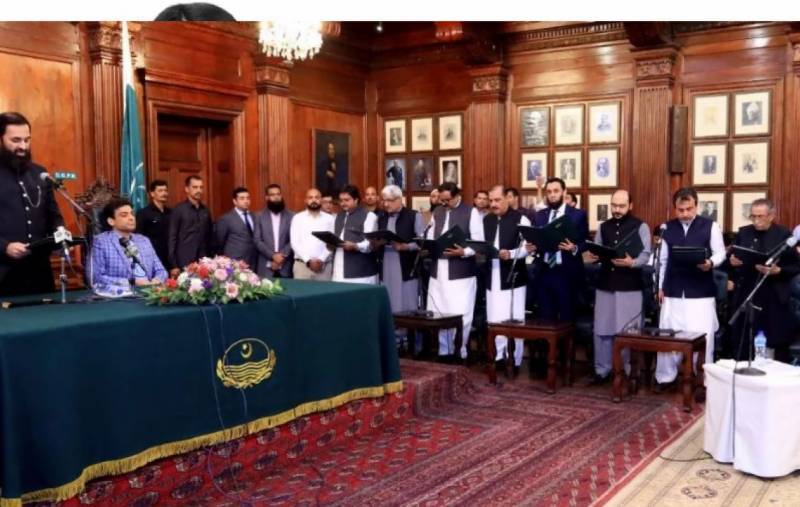 Lahore (Web Desk): In the first phase, an eight-member new cabinet of Punjab took oath at Governor House in Lahore on Monday night.

Soon after, Governor Baligh administered oath to the members of the cabinet.

According to a statement shared on Twitter, the president confirmed that the approval was given on the advice of the prime minister under Article 101 (1) of the Constitution.