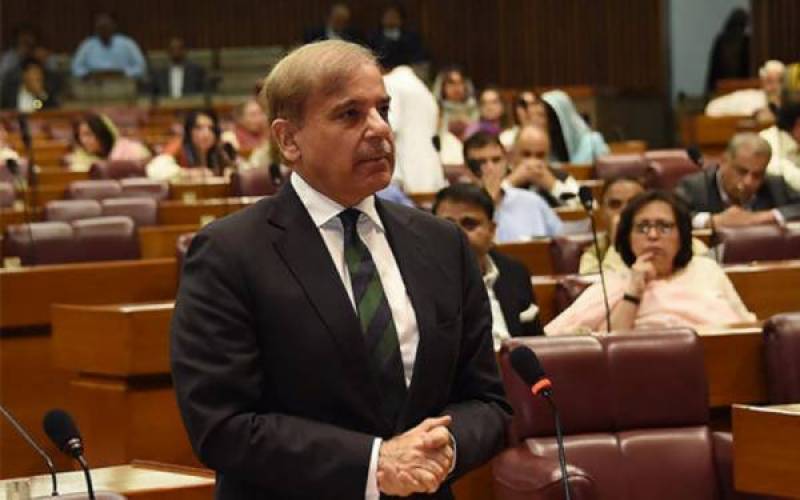 Addressing the National Assembly session on Wednesday, Leader of the Opposition said if the PM could prove that the PML-N had asked for an NRO, he would quit politics forever.

"If the leader of the house cannot prove the NRO request, then he should come to the House and apologise here," he added. "I am a servant of Pakistan, I won't take any u-turn," Shahbaz said.

The former Punjab CM alleged that the government had come to power through a rigged election and had lost credibility in the eyes of the public in a very short time.

Shahbaz pointed out that although PM Khan had claimed he would come to the NA to respond to statements like the British premier, he had not stuck to his word.

On October 24, in his address to the nation, Prime Minister Imran Khan had said that the opposition parties wanted an NRO from the PTI government. He had said that no one would get an NRO even if they came out onto the streets in protest.