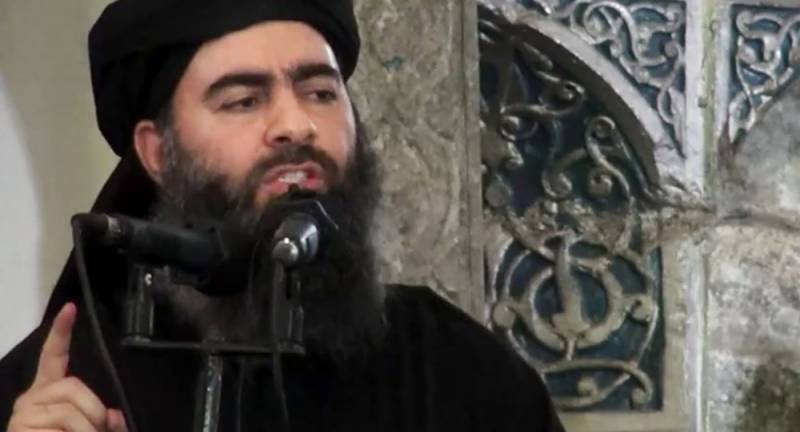 Washington (Web Desk): US Central Command head General Frank McKenzie on Wednesday released declassified images and video from the raid that resulted in the death of Islamic State group chief Abu Bakr al-Baghdadi in Syria’s Idlib province over the weekend.

The Pentagon has showed brief black-and-white aerial footage of the raid and the subsequent bombing of Baghdadi’s compound in northern Syria.

One video showed small black silhouettes of US soldiers approaching the walls of the compound.

In another bombs could be seen falling on the site followed by a flash and the screen turning grey.

Earlier, the body Abu Bakr al-Baghdadi was buried at sea by the US military, after he killed himself during the weekend raid on his Syrian hideout, said the media report.

"The disposal of his remains has been done, is complete and was handled appropriately," said General Mark Milley, Chairman of the Joint Chiefs of Staff.

Milley said the burial took place based on standard US military procedures and "in accordance with the law of armed conflict."

Daesh chief took his own life with a suicide vest. He had been chased down a dead-end subterranean tunnel under a hideaway in northwest Syria in the weekend raid.

His body was removed from the site for identification, and disposed of after biometrics and DNA tests confirmed it was Baghdadi, according to media reports.