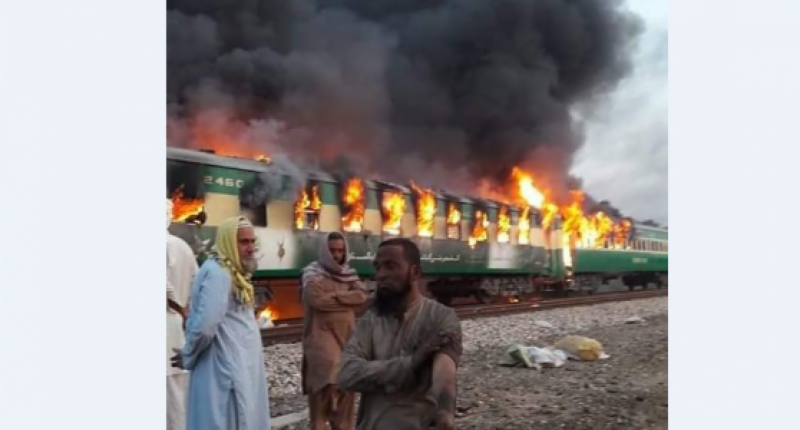 In a statement, the minister said that the government has announced to give compensation money for the bereaved families of the victims.

At least 70 people including women and children were killed on Thursday when three bogies of a Tezgam train caught fire near Liaqatpur city.

As per details, the train was bound from Karachi to Rawalpindi. The fire was caused by a cylinder blast that occurred in the morning when passengers were preparing their breakfast.

The fire destroyed three of the train’s carriages, including two economy class carriages and one business class.

The dead and injured are being shifted to DHQ Hospital in Liaqatpur.

Rescue 1122 teams have extinguished the fire and are now carrying out a cooling and search operation.

Army troops including doctors and paramedics have also been dispatched to assist rescue teams in the operation, a statement by the Inter-Services Public Relations said.

An army helicopter was also dispatched from Multan in order to rescue the injured, the ISPR statement added.

Prime Minister Imran Khan expressed his grief over the incident and directed authorities to provide the best medical treatment to the injured, Radio Pak said.