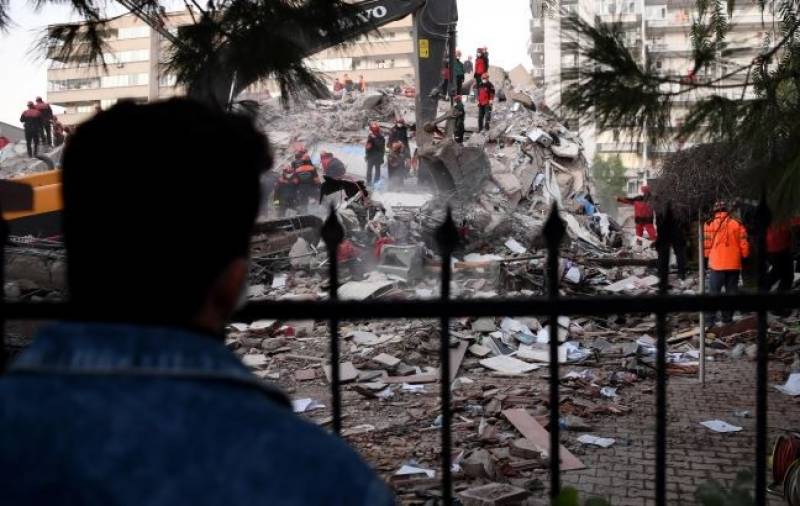 Istanbul (Web Desk): The death toll in the earthquake, which the Kandilli Institute said had a magnitude of 6.9, struck near the city of Izmir in western Turkey on Friday has reached to 24 while more than 800 people have been injured.

The earthquake occurred at a depth of 16.5km in the Aegean Sea, but tremors were felt as far away as Istanbul. The earthquake was also felt in the eastern islands of Greece and even Athens.

AFAD reported that at least 24 people were killed in Izmir, including an elderly woman who drowned.

A woman was rescued this morning from the rubble after yesterday’s earthquake in #izmir.

Early on Saturday, onlookers cheered as rescuers lifted a teenager out of the rubble of a devastated eight-storey apartment building.

Friends and relatives waited outside the building for news of loved ones still trapped, including employees of a dentist’s surgery that was located on the ground floor.

Two other women were rescued from another collapsed two-storey building.

Two teenagers were killed on Samos after being struck by a collapsing wall. At least 19 people were injured on the island, with two, including a 14-year-old, airlifted to Athens and seven hospitalised on the island, health authorities said.