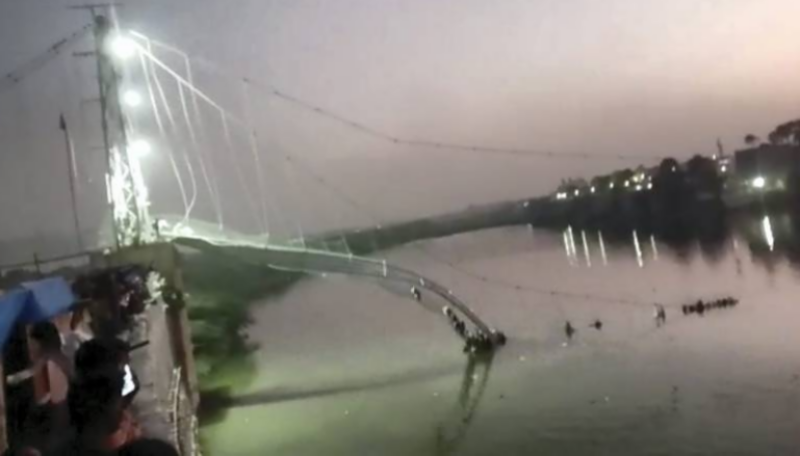 New Delhi (Web Desk): The death toll from a century-old suspension bridge collapse in Indian state of Gujarat has risen to 141 with 100 people still missing.

The  century-old suspension bridge collapsed on Sunday in a major tourist attraction in the western Indian state of Gujarat.

As per the Indian media reports, state disaster management agency said nearly 200 people were on the 750-foot-long bridge when it collapsed into the river below on Sunday evening in Morbi, a city in Gujarat.

Officials claim that a cable was snapped at one end of the bridge, sending scores of people into the Machchhu River, the home state of Indian PM Narendra Modi.

Women, children, and elderly persons were among the deceased who are celebrating the Diwali festival. The bridge built during British rule in the 19th century in Morbi had been reopened lately after maintenance.

Officials said the search and rescue operations are continuing indicating that the toll could rise further.

Authorities said more than 400 people were on and around the colonial-era suspension bridge at the time of the collapse.