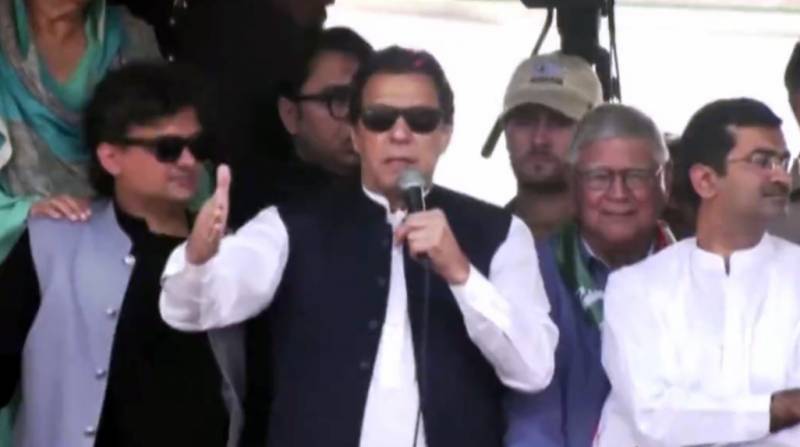 In a post on Twitter, the PTI chief said that the sea of people was on the way to the Islamabad on GT Road.

He questioned if the “revolution” which had been going on for “six months” would be a “soft one through the ballot box or a destructive one through bloodshed.”

The sea of people along our March on the GT Road. For 6 months I have been witnessing a revolution taking over the country. Only question is will it be a soft one through the ballot box or a destructive one through bloodshed? pic.twitter.com/CeVdRVp9ON

The PTI chief left for Kamoke after ffering Fateha at Sadaf Naeem's residence.

During its third day, the PTI’s "Haqeeqi Azadi" march was called off for one day after Sadaf Naeem, a reported covering the long march for a private TV channel died in a container accident near Sadhoke.

PTI senior leader Fawad Chaudhry tweeted that the caravan from Karachi will start its journey today while protesters in Khyber Pakhtunkhwa will set out for Islamabad on Wednesday.