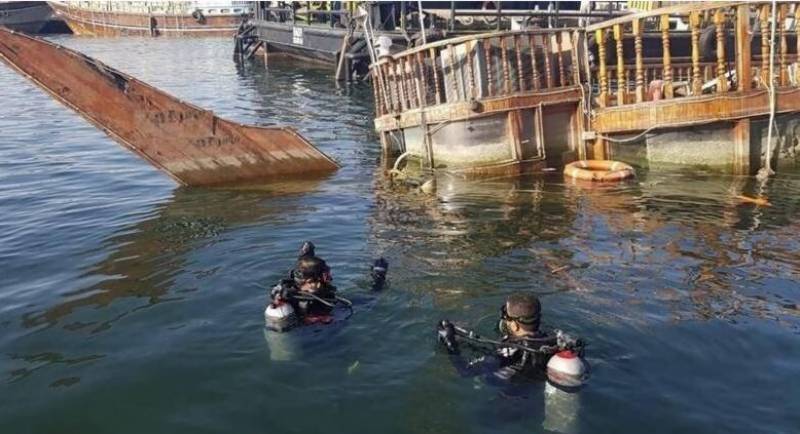 Abu Dhabi (Web Desk): The remnants of a wooden ship weighing over 90 tonnes were successfully recovered after it had sunk in Dubai Creek.

“After identifying the location of the sunken ship and the starting date of the salvage process, an emergency team of the Coastal Zone & Inland Waterways took all the necessary on-site precautionary measures and public safety requirements in co-ordination with the people concerned at the Dubai Police and Roads and Transport Authority,” said a official of Waste Management at Dubai Municipality.

“As for the remnants of the sunken ship, the emergency team sought the assistance of the Dubai Voluntary Diving Team to get the remnants out on the sea berth, using cranes, open trucks, boats and other tools including shovels and buoyancy balloons,” he said.

The official further added that since the beginning of this year, Dubai Municipality cadres were able to recover 13 sunken vessels and curb the spread of hazardous waste including leaked oil, algae, dead fish etc.