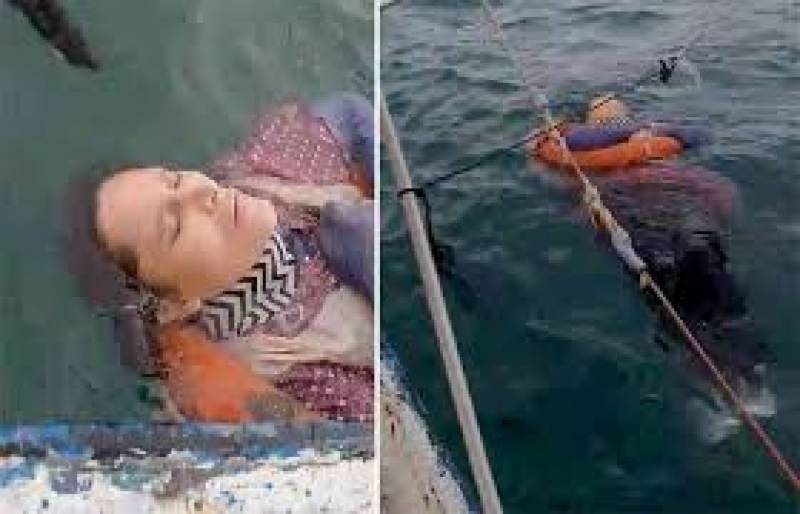 Bogota (Web Desk): A woman in Colombia reportedly went missing two years ago, but fishermen were shocked to see her floating on the beach.

According to a British newspaper, the 46-year-old woman's name is Angelica Gaitan and she is reportedly fed up with her husband's torture. In 2018, she left home alone.

When fisherman Rolando and his companion were on their way to fish hunting a few miles off the coast, they first noticed something strange floating on the water, then thought it was wood, but as they approached, they found a woman, who looked at the fishermen with half-opened eyes and raised her hand for help.

The woman was in a critical condition and had been in the water for last eight-hour because she had hypothermia. When the fishermen pulled the woman out of the water, her first words were, "I am alive again, God does not want me to die." After recovering, Angelica Gaitan told RNC Radio that she decided to run away from home in 2018 after years of violence at the hands of her ex-husband.

She said that her married life of 20 years was full of violence. It started with the birth of their first daughter. He used to hit me and used to abuse me, this went on until the birth of the second child. I wanted to run away at that time but my daughters were very young. It was useless to go to the police as they detained him just for a day and then released him. He came home and beat me. In September 2018, he tried to kill me, and after wandering the streets for six months, she found a place in a shelter.

However, the police expelled her from there. She said that she did not want to live. She wanted to end it all. No one, including my family, was helping me. I jumped into the sea and I don't know what happened after that. The person who rescued me said I was unconscious.

Her daughter told the media that now she and her sister would take good care of their mother.

Most weird buildings around World