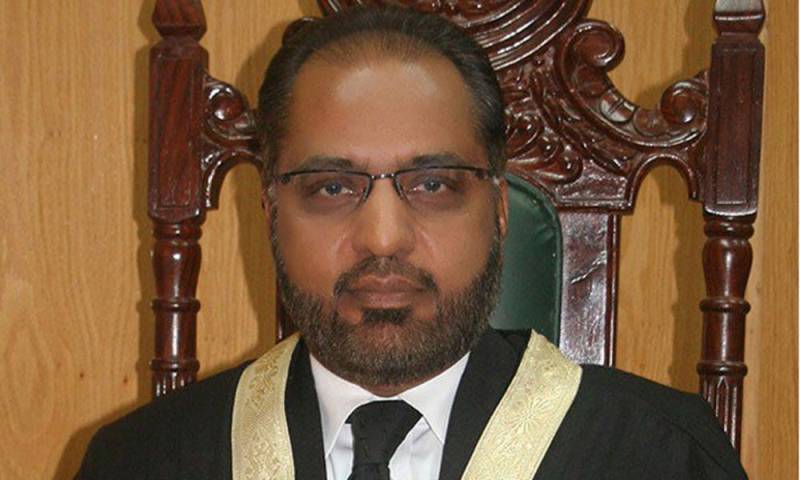 Justice Siddiqui stirred a controversy on July 21 at Rawalpindi District Bar when he alleged that a security agency had manipulated judicial proceedings and was getting the benches formed at its will.

On July 22, Pak Army also reacted and asked the Supreme Court to take action against an Islamabad High Court justice who accused the country’s judiciary and the premier state intelligence agency of meddling in judicial affairs.

In a press release, the Inter Services Public Relations stated: “An honourable judge of Islamabad High Court of Pakistan has leveled serious allegations against state institutions including honourable judiciary and the premier state intelligence agency.

In order to safeguard the sanctity and credibility of the state institutions, Honourable Supreme Court of Pakistan has been requested to initiate appropriate process to ascertain the veracity of the allegations and take actions accordingly.”

“Honourable Supreme Court of Pakistan has been requested to initiate appropriate process to ascertain the veracity of the allegations levelled against state institutions,” Inter Services Public Relations director general Asif Ghafoor said in a tweet.

Meanwhile, Chief Justice of Pakistan (CJP) Mian Saqib Nisar said in a statement that the judiciary is working independently and free from any pressure. “I read about the statement of a judge and was deeply disappointed,” he added.

The CJP had also vowed to launch an investigation into the matter and bring the facts to light.

The Supreme Judicial Council (SJC) is the only constitutional authority mandated by Article 209 of the Constitution of Pakistan that conducts inquiries into allegations against a judge of the Supreme Court or of a high court.

The body consists of the chief justice of Pakistan, the two next senior-most judges of the Supreme Court, and the two most senior chief justices of high courts.