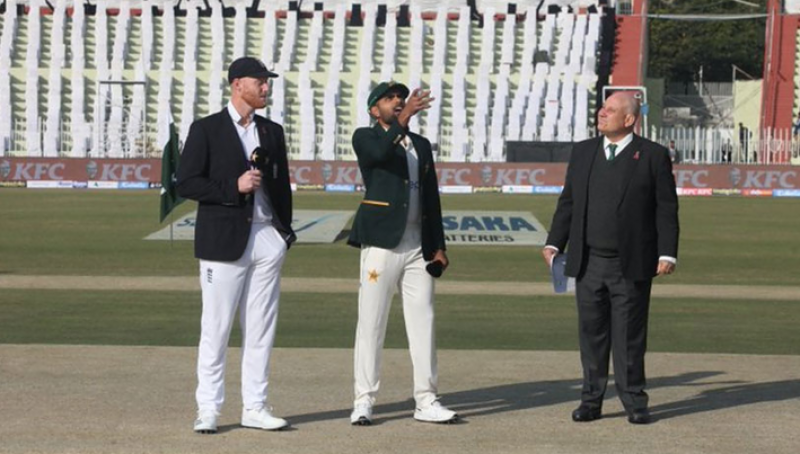 Rawalpindi (Web Desk/Agencies): England won the toss and elected to bat first against Pakistan in the first fixture of the three-match Test series at Rawalpindi on Thursday.

The match is going ahead as scheduled despite an outbreak of illness in England.

Earlier on Wednesday, the two boards agreed to delay the decision on the commencement of the first Test, until 07:30, Thursday due to an outbreak of viral infection in the England squad, affecting several members.

The two boards had made the decision based on medical advice from the England doctors, which revolved around the players’ health and welfare.

Meanwhile, there are four debutants in the Pakistan line-up for the first Test that includes Saud Shakeel, Haris Rauf, Mohammad Ali and Zahid Mehmood.

England has two debutants – Will Jacks and Liam Livingstone. Ollie Pope presented Jacks with his cap, his surrey and England teammate and former England batsman and current TV commentator Michael Atherton presented Livingstone with his cap. Atherton and Livingstone represented county side Lancashire.