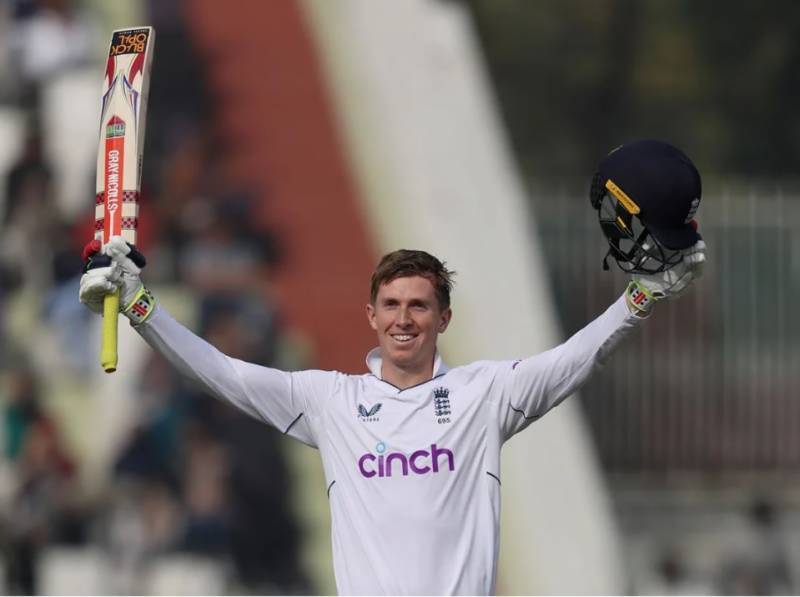 Rawalpindi (Web Desk): On the first day of first cricket Test of three-match series in Rawalpindi against Pakistan, England were 506 for 4 at stumps today (Thursday).

For England, Zak Crawley, Ollie Pope and Ben Duckett scored 122, 108 and 107 respectively. Harry Brook and Ben Stokes were on the crease with 101 and 34 runs.

England have broken a 112-year-old record for most runs scored on day one of a Test they started furiously against Pakistan.

Earlier, England won the toss and elected to bat first against Pakistan.

The match is going ahead as scheduled despite an outbreak of illness in England.

On Wednesday, the two boards agreed to delay the decision on the commencement of the first Test, until 07:30, Thursday due to an outbreak of viral infection in the England squad, affecting several members.

The two boards had made the decision based on medical advice from the England doctors, which revolved around the players’ health and welfare.