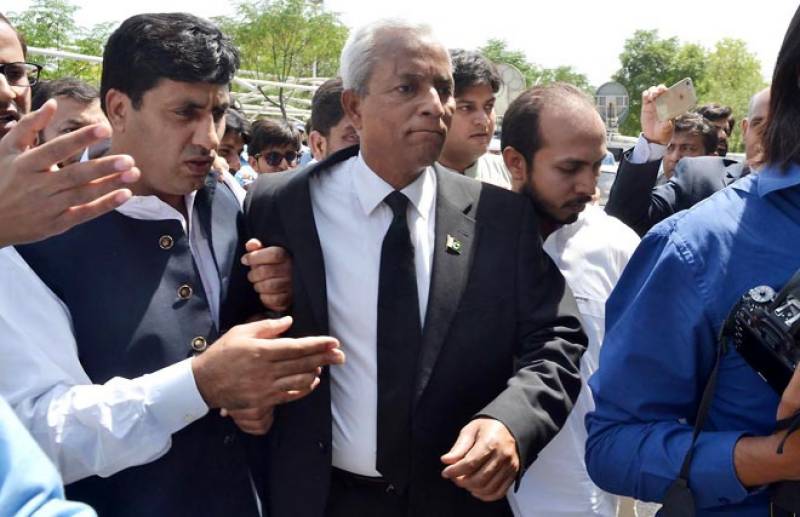 Islamabad (Staff Report): The Supreme Court (SC) on Thursday sentenced Senator Nehal Hashmi to one month in prison and barred him from holding public office for the next five years.

The three-member bench headed by Justice Asif Saeed Khosa and comprising Justices Dost Mohammad and Maqbool Baqar gave the decision today in a 2-1 order with Justice Dost abstaining. The court also imposed a fine of Rs 50,000 on the senator.