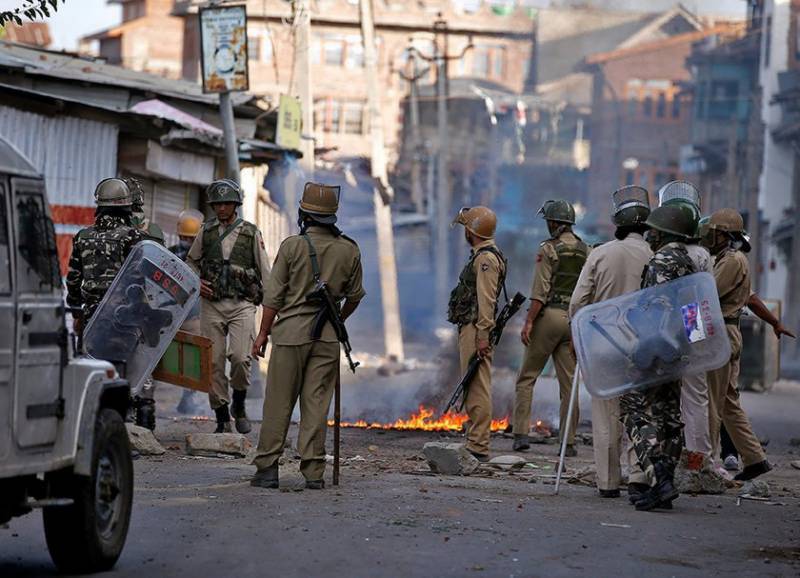 According to Kashmir Media Service (KMS), one youth was martyred near Keri area Rajouri district during a fake encounter.

Another youth was martyred during a cordon and search operation in Model town area of Sopore early morning today.

The operations in Rajouri and Sopore were going on. The occupation authorities have suspended internet service in Sopore.

Earlier, two soldiers of Indian Central Reserve Police Force (CRPF) were killed and two others critically injured in an attack in the same area.

During the last two days, five youth were martyred in violent military operations in Waghama and Runipora areas of Islamabad district.