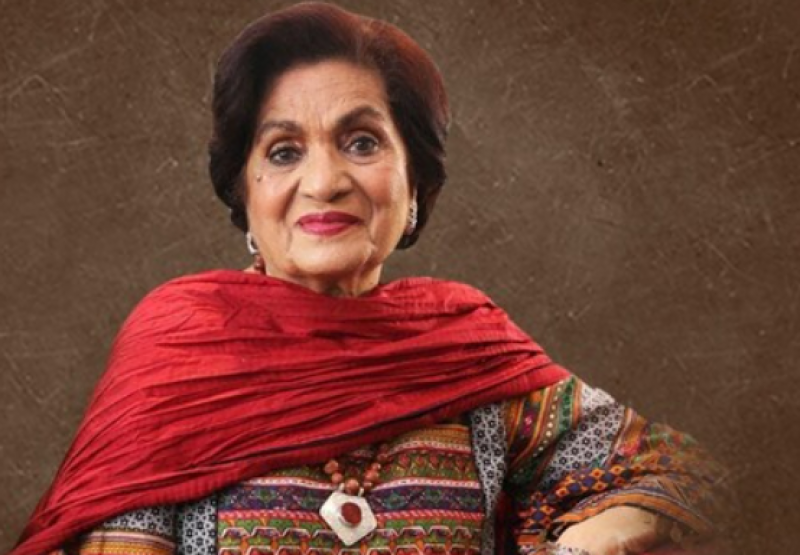 Islamabad (PR): ‘Abhi Nahi’, the most anticipated web series, written by Haseena Moin and directed by Misbah Ishak Khalid, will be available on RINSTRA in April 2021.

The story of Abhi Nahi, tackles the theme of ‘in sickness or in health’ while removing the stigma of breast cancer in the society, showing how a man can channel his love and commitment to bring about a holistic and positive impact.

Sinara’s (lead character played by Nida Karim) emotional journey signifies the importance of kindness and compassion during her battle with breast cancer, and how it can bring about a crucial change.

Haseena Moin, the most celebrated writer of our times, said, that, “I am myself a cancer survivor and when RINSTRA asked me to write this play, I wanted to put my heart and soul in this play to tell the young girls and mothers with basic message, ‘Let’s fight Cancer together’”.

Nida Karim, the lead in the web-series in her debut shared her views and said, “I always wanted to do a character that was meaningful and had the power to communicate a certain message. In Abhi Nahi, Sinara’s character is able to convey the message of resilience, and faith in true love and care. These are the true values that depict our society and the people around us. I am sure with this message Abhi Nahi will touch the heart and soul of anyone who will watch this on Rinstra.com”.

Dr Aziz Rab Chief Executive Officer of Green-Star is playing the role of the father and Noman Sami is the lead-hero in the series. Noaman Sami is a Pakistani television and film actor. His appearances include Main Haar Nahi Manoun Gi, Daldal, Help Me Durdana. In 2019, he made his film debut with Talash which was critically praised. Currently.

Chief Creative Officer of RINSTRA, Misbah Ishak Khalid, who is also producing and directing the web-series, said, “Abhi Nahi, is a subject very close to my heart, I have tried to share the story from a holistic perspective, every character to depict how a family member feels when such an issue is faced by any family”. She further said, “the story is how each and every member of the family is impacted and contributes in fighting cancer”.