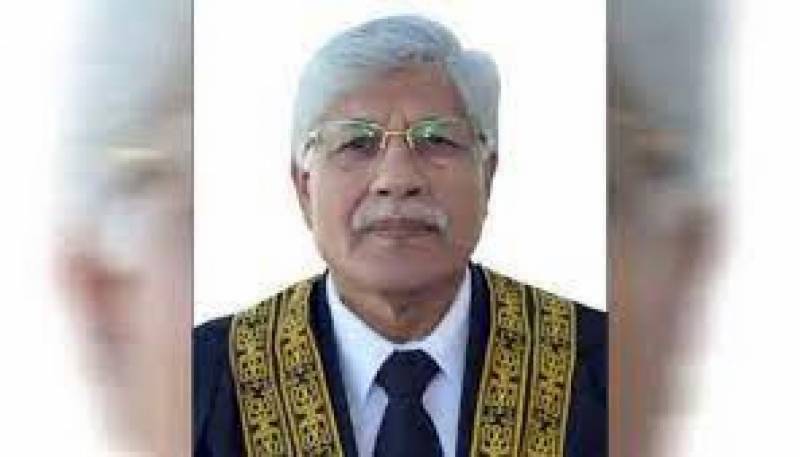 According to details, Rana Shamim in his appeal maintained the stance that it is illegal to acquit those who concealed the affidavit and charge me instead.

The former CJ claimed that barring those who published the affidavit, accusing former chief justice of Pakistan Saqib Nisar of influencing the case against former premier Nawaz Sharif, in a newspaper and “indicting me alone is unconstitutional”.

He requested the court to quash the case by declaring the indictment order null and void, adding that there was nothing on record to prove that he provided the affidavit.

Justice Shamim also made journalist Ansar Abbasi, the bureau chief and editor-in-chief of the said publication parties to the case.

He questioned how the court will ascertain how Ansar Abbasi got hold of the affidavit if the latter will be excluded from trial.

On January 20, the IHC former Chief Judge Rana Shamim in a contempt of court case.

However, the court decided not to frame charges against Jang Group owner Mir Shakeelur Rehman and senior journalists Ansar Abbasi and Aamir Ghauri, who were also named in the contempt case.

On January 15, the IHC had summoned Shamim, editor-in-chief of a national daily Amir Ghauri and investigative reporter Ansar Abbasi on January 20 for indictment in the contempt of court case.

Previously, IHC had received the original affidavit of Chief Judge Rana Shamim and deferred the decision of indicting him. The high court had also termed replies of all the parties including Rana Shamim as unsatisfactory.