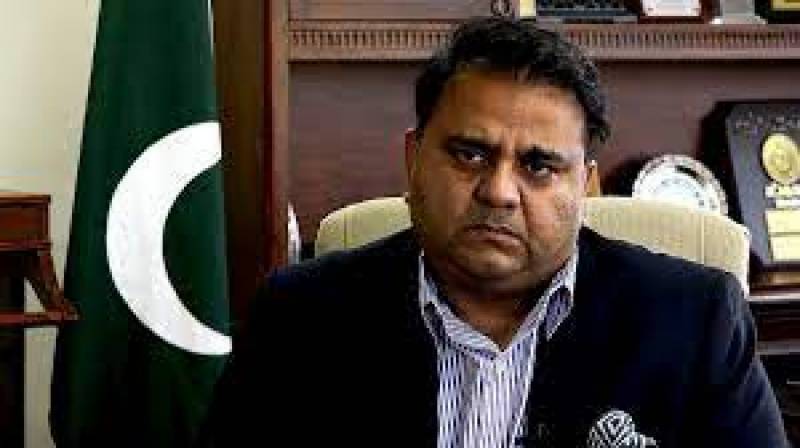 Islamabad (Web Desk): Minister for Information and Broadcasting Fawad Cahudhry, who also holds the additional charge of Law Ministry, has directed to constitute a commission regarding international conspiracy against the sitting government.

According to a statement by Law Ministry, the commission will review various matters including the foreign plot for regime change in Pakistan and the no confidence-motion submitted by the joint Opposition against Prime Minister Imran Khan.

The commission will prepare its report following investigation into the international conspiracy.

The minister also issued orders to replace dozens of legal officers in Islamabad, Karachi and Lahore.

All the officers in the Ministry of Law and Justice have been directed to perform their duties in a better manner.

Earlier in the day, Information Minister Fawad Chaudhry assumed the additional charge of Ministry of Law and Justice.

A notification to this effect was issued by the Cabinet Division.

Fawad Chaudhry visited the Ministry of Law and Justice where he was briefed about the ministry's affairs by the Secretary Law.

The information minister has been given the additional charge of law ministry on after Barrister Farogh Naseem resigned from the office earlier this week after his party Muttahida Qaumi Movement-Pakistan (MQM-P) ended its coalition with the ruling Pakistan Tehreek-e-Insaf (PTI) and announced to support the joint Opposition in the no-confidence motion against Prime Minister Imran Khan.