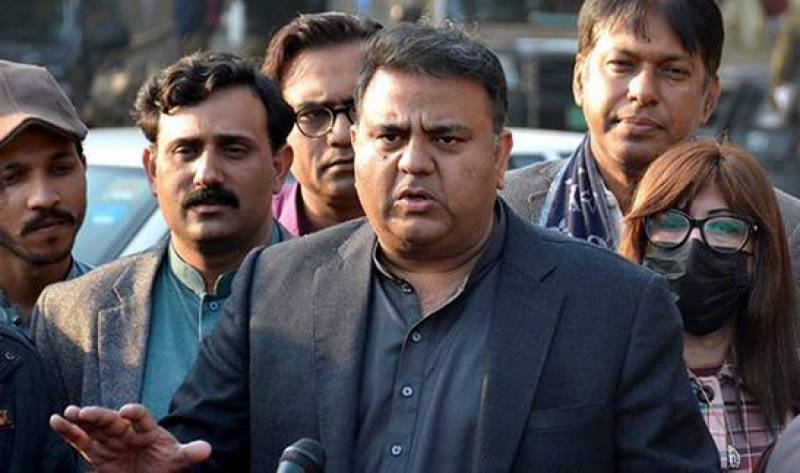 Islamabad (Web Desk): Reacting to the ruling of the Election Commission of Pakistan (ECP), leaders of Pakistan Tehreek-e-Insaf (PTI) said that the party received no prohibited funding.

Addressing a press conference in Islamabad following the verdict, PTI Senior Vice President Fawad Chaudhry said that the overseas Pakistanis raised funds for the PTI and the ECP had acknowledged their narrative that it does not come under "foreign funding".

He said that in the next phase the party will prove that the 16 accounts are legal, adding that these accounts are "subsidiary accounts.

The PTI leader said that no party has the right to hide its funding from the people.

He demanded of the election body to announce its verdict in the funding case against Pakistan Peoples Party (PPP) and Pakistan Muslim League-Nawaz (PML-N) after the PTI.

Speaking on the occasion, PTI Central Deputy Secretary Information Farrukh Habib said that foreign funding was "not proved against the party".

"The verdict disappointed those who were pushing the narrative of foreign funding against the PTI," said Habib.

He said that the PTI was of the view from day one that the case was related to prohibited funding and not foreign funding.

Raising questions over the ECP, the PTI leader said that the IHC had ordered a probe into the accounts of all the political parties without any discrimination.