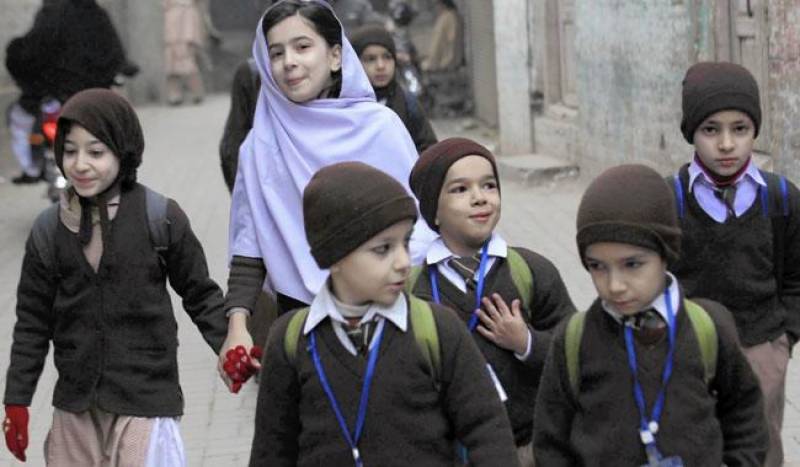 Lahore (Staff Report): Across Punjab and Sindh all government and private educational institutions have been reopened after winter vacations, from today (Monday).

According to the reports poor attendance was recorded on the first day of schools after week-long holidays.

Winter vacations in Lahore schools were announced on December 24 till January 1, 2017. Although many of them felt sad after conclusion of holidays but still students greeted each other with warmth.

Educational institutions in federal capital were also reopened on Monday.

On the other hand, schools in Khyber Pakhtunkhwa were also reopened however, vacations for schools in hilly areas of province would last till February 28.