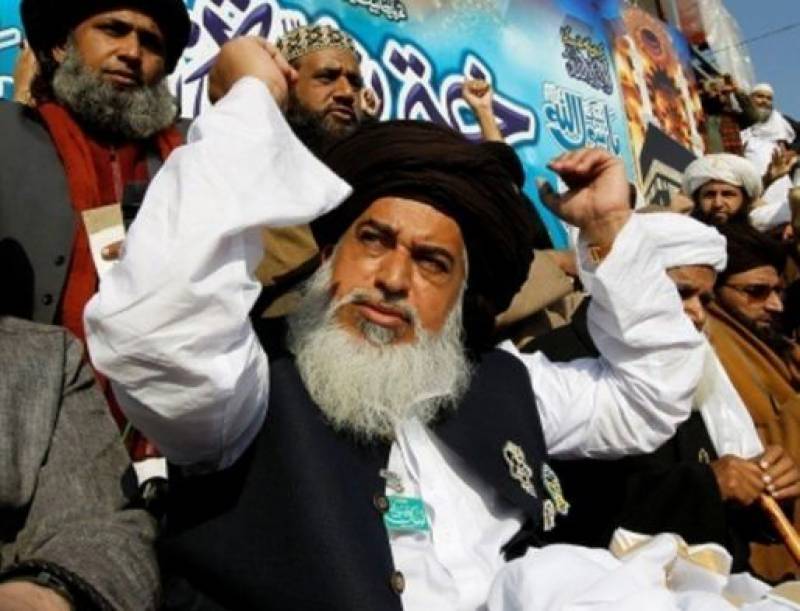 Civil Lines police produced Rizvi in court amid tight security and sought a 60-day remand of the firebrand cleric.

The police informed the court that interrogators need to conduct accused' photogrammetric test, which according to a counsel, is the process of proving that the person in a video or audio clip is the person accused.

The court, after hearing the arguments, remanded Rizvi and others into police custody for 20 days.

On Nov 23, 2018, Rizvi was taken into 'protective custody' by police from Lahore as law enforcement agencies launched a massive crackdown against workers of TLP.

Earlier, Information Minister Fawad Chaudhry said that the government had registered cases against Khadim Hussain Rizvi and other key leaders of Tehreek-e-Labbaik Pakistan (TLP) under treason and terrorism charges.

Addressing a press conference in Islamabad, Fawad Chaudhry said that a case has been registered against TLP leader Khadim Rizvi under charges of sedition and terrorism at the Civil Lines Police station in Lahore.

He informed that similar charges have been levied against Pir Afzal Qadri, Hafiz Farooq ul Hassan and others for causing damages worth millions of rupees to public and private property and misbehaving with the people.

"Afzal Hussain Qadri, who is the second most important TLP leader, has been charged over treason and terrorism allegations in Gujrat," he said.

Fawad said that all activists of the party involved in ransacking the properties, torching the vehicles and misbehaving with people, including women and children, will also be tried under terrorism charges.