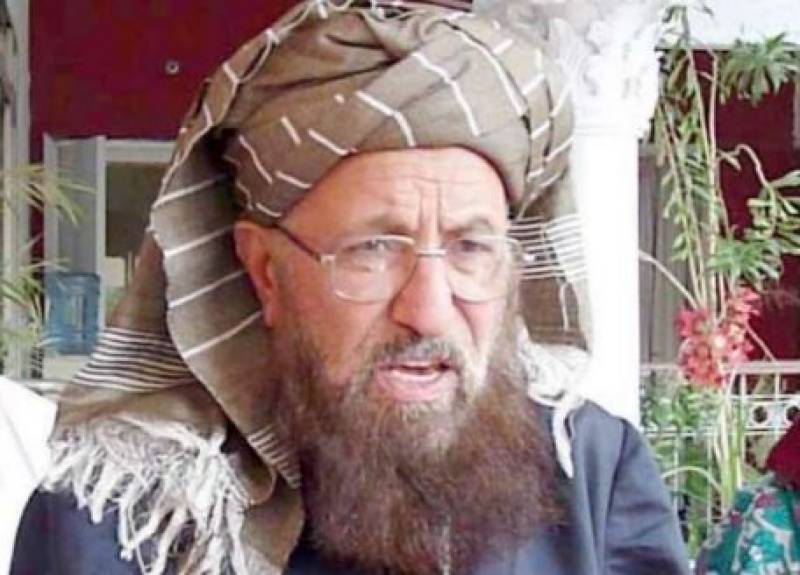 Maulana Hamidul Haq, the son of the JUI-S chief, confirmed that his father was stabbed to death while he was resting in his room. "He was stabbed multiple times," he said. Maulana Sami's driver and gunman had both left the room for approximately 15 minutes when he was stabbed.

According to Hamid, Maulana Sami was unable to take part in the protest that was underway against Asia Bibi's acquittal and had returned home.

Head of the Darul Uloom Haqqania, Akora Khattak, Haq was known as the "Father of the Taliban".

His party has been an ally of the ruling Pakistan Tehreek-e-Insaf (PTI). The PTI also gave him ticket for the 2018 Senate election, but he could not be elected to the upper house.

The JUI-S chief headed a committee formed for peace talks with Tehreek-e-Taliban Pakistan (TTP) in 2014.

The talks, despite repeated rounds, failed to yield results and the then Pakistan Muslim League-Nawaz (PML-N) led government subsequently launched a crackdown on militants following terrorist attacks on Karachi's Jinnah International Airport and then the Army Public School in Peshawar later that year.

Samiul Haq was currently the chancellor of Darul Uloom Haqqania, a Deobandi Islamic seminary which is the alma mater of many prominent Taliban members. Haq served as chairman of the Difa-e-Pakistan Council and is the leader of his own faction of the Jamiat Ulema-e-Islam political party, known as JUI-S.

Samiul Haq was also a founding member of Muttahida Majlis-e-Amal.

He also served as a member of the Senate. He formed Mutahida Deeni Mahaz (United Religious Front), an alliance of relatively small religio-political parties, to participate in Pakistani general election, 2013.

Condemning this tragic incident, they expressed sympathy with the bereaved family.