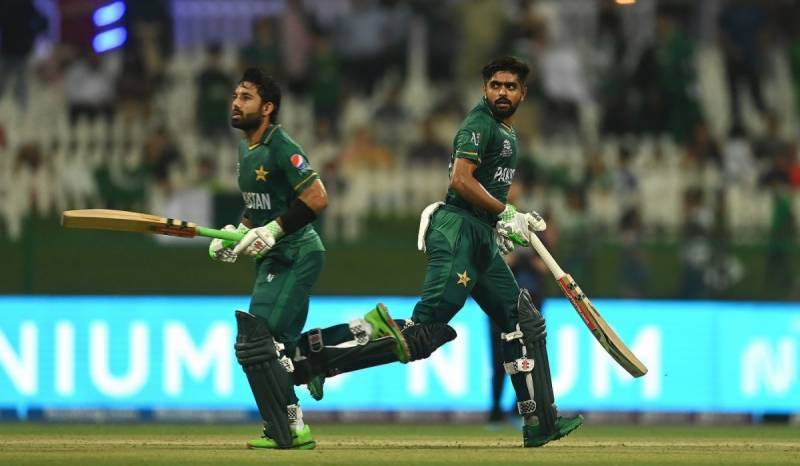 Rizwan and Babar had earlier upped the ante on Namibia, as they became the only duo to score 1,000 runs in T20 in a calendar year, as the Pakistani skipper smashed a half-century, his 14th, breaking Indian captain Virat Kohli’s record of 13 half-tons.

Mohammad Rizwan was given out leg before wicket (lbw) before a successful review by Pakistan showed the ball had pitched outside the leg stump, granting the Pakistani batsman a new lease of life.

Earlier, Pakistan won the toss decided to bat first against Namibia in their fourth match of the ICC T20 World.

After winning three successive matches against India, New Zealand and Afghanistan, Pakistan is near qualifying for the semi-finals and is aiming to seal the spot with a win against Namibia in Abu Dhabi tonight.

Pakistan and Namibia will face each other for the first time in T20Is. Namibia will face their sternest test yet against Pakistan, who have been unstoppable so far in the Super 12 of the ICC Men's T20 World Cup 2021.

Namibia, following a four-wicket win against Scotland, lost at the hands of Afghanistan on Sunday and it will be no less than a challenge for them to end the winning streak of Pakistan.

Namibia started out well against Scotland and continued their winning run from the first round but could not keep the streak and suffered an embarrassing loss to Afghanistan.