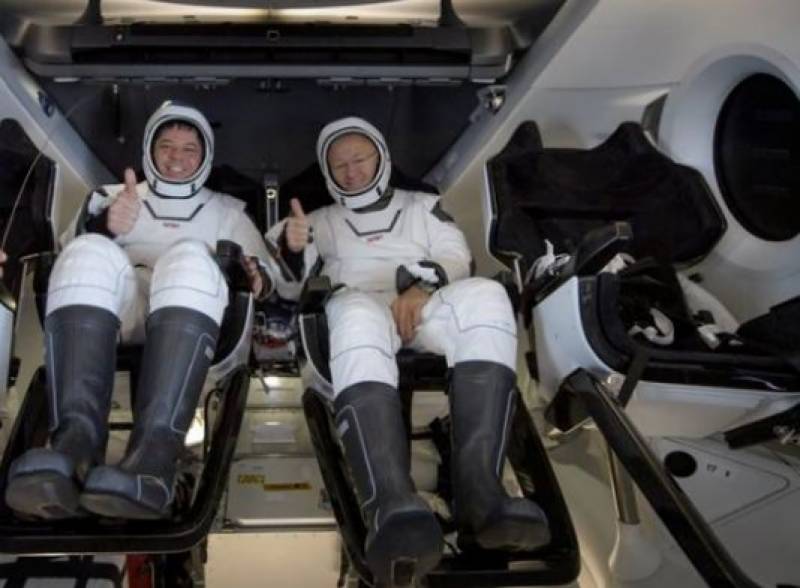 New York (web Desk): Two NASA astronauts returned to Earth on Sunday in a dramatic, retro-style splashdown, their capsule parachuting into the Gulf of Mexico to close out an unprecedented test flight by Elon Musk’s SpaceX company.

It was the first splashdown by US astronauts in 45 years, with the first commercially built and operated spacecraft to carry people to and from orbit. The return clears the way for another SpaceX crew launch as early as next month and possible tourist flights next year.

Test pilots Doug Hurley and Bob Behnken arrived back on Earth in their SpaceX Dragon capsule named Endeavour, less than a day after departing the International Space Station and two months after blasting off from Florida. The capsule parachuted into the calm gulf waters about 40 miles off the coast of Pensacola, hundreds of miles from Tropical Storm Isaias pounding Florida’s Atlantic coast.

“Welcome back to planet Earth and thanks for flying SpaceX,” said Mission Control from SpaceX headquarters.