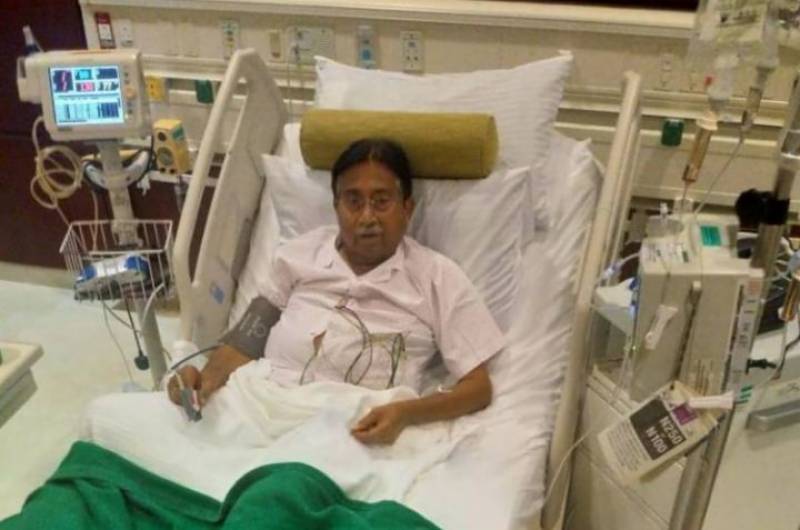 Karachi (Web Desk): Former president Pervez Musharraf has been admitted to a hospital in Dubai after he developed “heart- and blood pressure-related” complications.

“Musharraf has some serious health issues and lately had been complaining of some pain in the chest, and anxiety,” said the All Pakistan Muslim League spokesman.

“The doctors visited him at his place of stay and recommended immediate admission to avoid any further complications. The former army chief has undergone a few tests which will help determine the state of his health,” he adde.

Musharraf's close aide and the ex-chairperson of the All Pakistan Muslim League (APML), Dr Muhammad Amjad, Dr Muhammad Amjad, said the former president was rapidly becoming weaker due to an unknown disease, which is why he was unable to return to Pakistan to face the treason case.