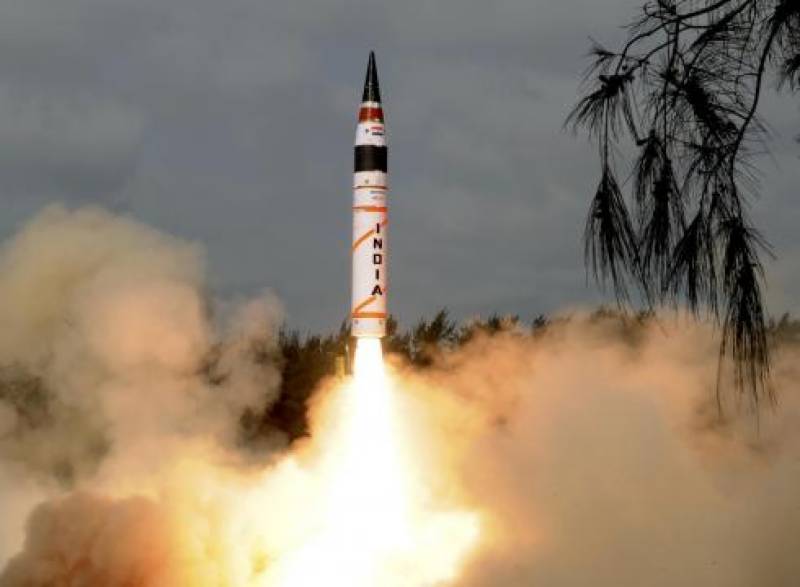 New Delhi (Web Desk): India conducted the final test-firing of another nuclear-capable strategic ballistic missile, Agni-IV, from test range off Odisha coast on Monday. With a range of more than 4,000 km, the missile was successfully test fired from Balasore.

After the launch of Agni-V, the government had to clear out that its strategic capabilities were not targeted against any particular country as it abides by all applicable international obligations and expects others do the same, in a response to Chinese reaction to the development, Indian media reported.

The indigenously developed surface-to-surface Agni-IV missile is a two-stage weapon system. It is 20 metres long and weighs 17 tonnes. Agni-IV missile is equipped with 5th generation onboard computer and distributed architecture. It has the latest features to correct and guide itself for in-flight disturbances.

Agni-I, II and III and Prithvi are already in the arsenal of the armed forces, giving them reach of over 3000 kms and providing the country an effective deterrence capability.