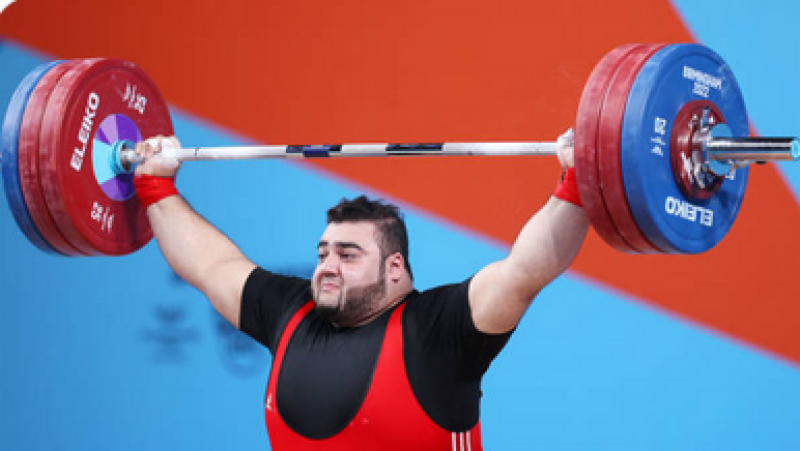 Birmingham (Web Desk): Nooh Dastagir Butt of Pakistan has won first gold medal for the country in weightlifting men's 109 plus kg category in the Commonwealth Games 2022.

According to details, the 24-year-old set a new Games record of 173kg in the snatch portion of the event after lifting 170kg in his first attempt.

In Clean and Jerk, he lifted 232kg, totaling 405kg to claim gold for Pakistan.

Butt had got a bronze medal in the 105+kg category in the 2018 Commonwealth Games.

Earlier Hussain Shah won a bronze medal which is the first medal in the games. However, Nooh Butt provided a highlight for Pakistan by winning the first gold medal.

In a statement, the president expressed confidence that Nooh Dastagir would continue to bring laurels to the country.

He emphasized the need for encouragement of youth in the field of sport.

Moreover, Minister for Information and Broadcasting Marriyum Aurangzeb has also felicitated Butt for winning the gold medal in Commonwealth Games.

In a statement, she said the whole nation is proud of the great triumph of Nooh Dastagir and expressed the confidence that he will continue to bring more laurels for the country at the international level.