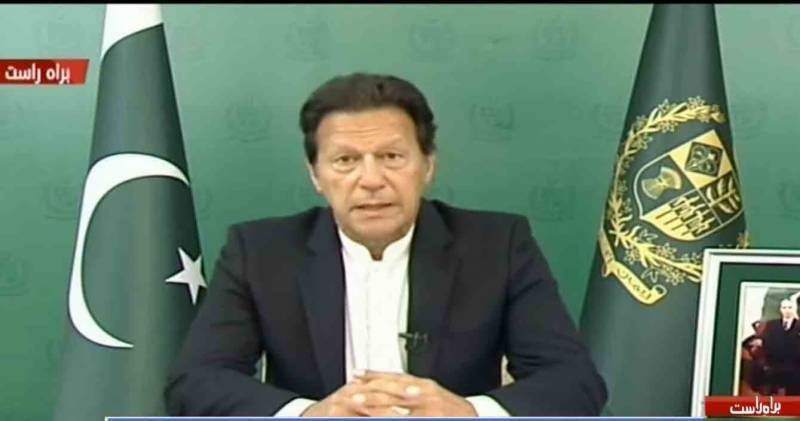 Islamabad (Web Desk): Prime Minister Imran Khan has said that the Election Commission of Pakistan (ECP) could have employed latest technology in order to know who the turncoats in Senate elections.

In a televised address to the nation on Thursday evening, PM Khan said opposition wants to exert pressure on government in order to get relief from corruption cases instituted against them by the previous governments.

The premier vowed that whether or not he is in power, he will never let the corrupt off the hook and will rally the nation against them.

“Whether I am in the government or out of the Assembly, I will not spare them,” he said, adding that his efforts for the rule of law in this country will continue as long as he is alive.

PM Khan said he will take vote of confidence from National Assembly on Saturday in open ballot, which should be the standard practice, adding that he is not afraid of losing power as he has no monetary interests. The premier further said he bears all his personal expenses himself and is not a burden on national exchequer like previous rulers.

The PM also reiterated its resolve to continue struggle for the supremacy of law and justice irrespective of remaining in power or sitting on the opposition benches.

Referring to recent Senate elections, the Prime Minister said unfortunately it has been a practice to use money in buying the loyalties of members of parliament in this august house of parliament. He said money was used in order to win the seat for PDM leader Yousaf Raza Gillani. He said despite all the maneuverings of opposition, PTI has become the largest party in Upper House of parliament due to number of seats it won.

The premier said the two bigger parties, naming PPP and PML-N, were in favor of closed ballot so that they could buy the loyalties of members of parliament.