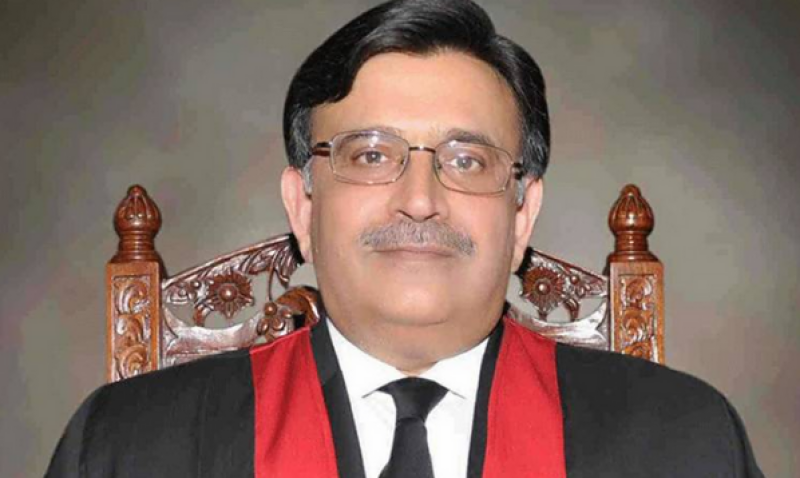 Islamabad (Web Desk): Chief Justice of Pakistan (CJP) Umar Ata Bandial on Tuesday said that Article 62(1)(f) of the Constitution that imposes a lifetime disqualification of politicians is a "draconian" law.

The CJP made these remarks while a hearing a petition filed by former Pakistan Tehreek-e-Insaaf (PTI) senator Faisal Vawda, challenging his lifelong disqualification by the Election Commission of Pakistan (ECP) and the subsequent ruling by the Islamabad High Court (IHC).

A three-member bench of the SC headed by CJP Umar Ata Bandial heard the case today.

Vawda had filed a petition in the SC in February under Article 185(3) of the Constitution for leave to appeal against the order of the ECP dated February 9 and and the IHC's judgment of February 16.

When the SC bench took up the case today, Vawda’s counsel Waseem Sajjad said that his client contested polls in 2018 and after two years a petition was filed in the high court seeking his disqualification.

At this, the CJP said that the ECP has the authority to investigate a false affidavit submission, adding that even if the SC revokes the order, the facts would remain the same.

“The Election Commission has properly examined the facts in Faisal Vawda’s case, the only question here is whether the ECP can order disqualification for life or not.”

Later, the hearing was adjourned till October 6.

It is pertinent to mention that the apex court in April 2018 declared that the disqualification under 62(1)(f) would be for life.

Former premier Nawaz Sharif and Jahangir Tarin both are disqualified for life under the said article.