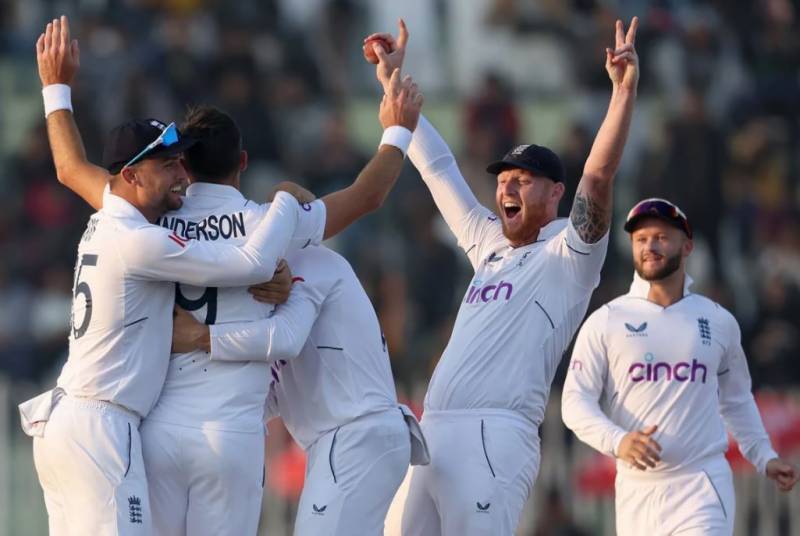 Rawalpindi (Web Desk): England defeated Pakistan by 74 runs in the opening test played at Rawalpindi stadium on Monday, to take a 1-0 lead in the three-match series.

England amassed 657 in their first innings and declared their second on 264-7, setting Pakistan an improbable victory target of 343 on a docile track.

An absorbing game of Test cricket.

Pakistan fought gamely and put on 268 before being all out in the absorbing final session, with Saud Shakeel topscoring for them with 76.

England are on their first Test tour of Pakistan since 2005, having declined to visit in the interim years on security grounds.